A new benchmark says Apple’s M1 MacBook Air may have a SSD 2 times faster than the previous model. 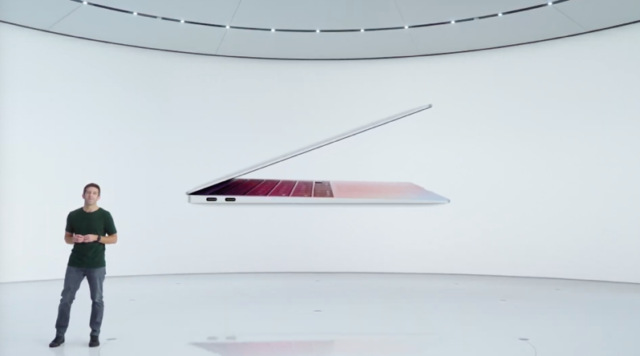 A recent storage benchmark result that was published on the MacRumors forum from user abbotsford1980 — a new owner of the M1 MacBook Air — reveals impressive results: almost 2,200 MB/s write and over 2,600 MB/s read speed.

The user tested his new M1 MacBook Air with a 256 GB SSD and the 2019 MacBook Air — which he claims to have similar performance with the 2020 Intel-powered model — with the Blackmagicdesign’s Disk Speed Test:

“The M1 chip’s storage controller and latest flash technology deliver up to 2x faster SSD performance, so previewing massive images or importing large files is faster than ever,” Apple said. “And in MacBook Air, M1 is faster than the chips in 98 percent of PC laptops sold in the past year.”

In addition to the above, abbotsford1980 also posted a Geekbench 5 result that is slightly higher than what has already been seen for the M1 MacBook Air: 1,745 single-core and 7,665 multi-core points. The user also replied to a question during the discussion that followed and revealed that the boot time of the M1 MacBook Air is 15 seconds (cold boot, from opening the lid to the login screen).