How to Make a ‘Portable’ Mac mini with an iPad [VIDEO] 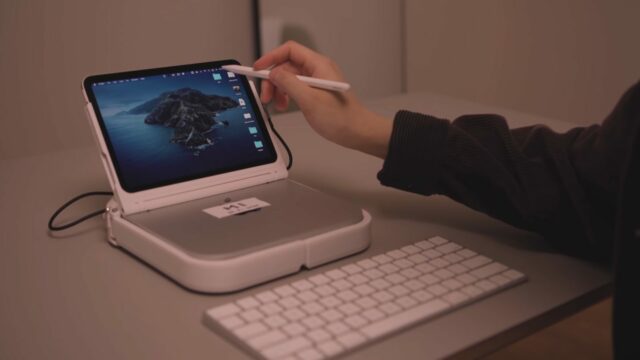 In a recent video, YouTuber Scott Yu-Jan showed off his “portable” M1 Mac mini that has an iPad mini for a display and can function as a pretty powerful workstation on the go.

“I hate laptops so much,” Scott said as he recounted the plethora of overheating and component failure issues he has faced over the years with portable computers.

The Mac mini, on the other hand, is pretty compact, reliable, equipped with highly performant Apple Silicon, and is (usually) unaffected by thermal throttling even though it has no cooling fans inside. So to Scott, it was only a matter of attaching a portable display to his Mac mini.

The YouTuber 3D-printed an impressive little enclosure for his Mac mini, which also serves as a dock for another Apple product he found to be just the right-sized companion for it — the iPad mini 6.

The 3D-printed chassis features a laptop-style, adjustable lid that houses the iPad mini, along with a cable management channel to tuck away the USB-C cable connecting both devices.

Scott uses the Duet Display app to output his Mac mini’s display to his iPad at full Retina resolution. The approach preserves touch on the iPad mini as an input method, allowing Scott to forego a mouse and only carry a Magic Keyboard with him wherever he needs to go.

The YouTuber’s creation is far from perfect and admittedly a solution to an incredibly unique problem, but it certainly works.

The M1-powered Mac mini packs enough processing juice for the YouTuber’s needs, which even include video editing on the go.

Given rumours of Apple planning on launching a new Mac mini with an even more powerful M2 chip soon, though, Scott might find himself upgrading his Mac mini later this year.