Earlier in October, affected customers filed a class-action lawsuit against Apple over GPU issues concerning 15- and 17-inch MacBook Pros. Now that lawsuit get extended in Canada as well through Lex Group, which has launched and is pursuing a national class action against Apple Canada and Apple over the same issue in Montreal. 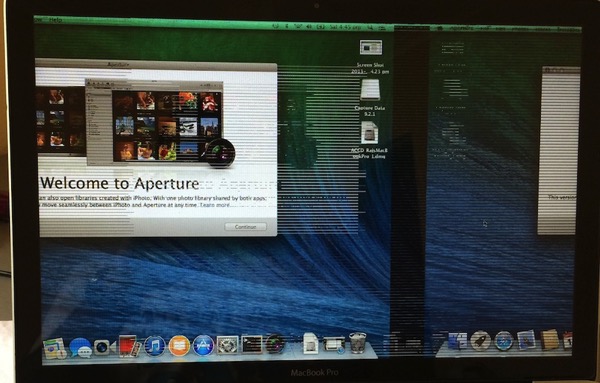 The Lex Group argues that certain Apple MacBook Pro laptops equipped with an AMD graphics processing unit (GPU) are affected by a manufacturing defect and suffer from graphical issues, as mentioned in the US class-action lawsuit.

The petition mentions that Apple, in some cases, replaced consumers’ entire logic boards in response to the GPU defect, but the new logic board didn’t solve the issue because it used the same “lead-free solder” (the root cause of the problem) to connect the AMD GPU.

An out-of-warranty logic board replacement costs users more than $600, and Apple has failed to reimburse owners for out-of-pocket repairs and ignored the claims of the thousands of customers, the petition states.

Canadian owners of 15-inch and 17-inch MacBook Pros (2011) are invited to join the class-action lawsuit, and they may be entitled to compensation should the court authorize the class action or should a settlement be reached.