Apple has released macOS Sierra 10.12 for download in the Mac App Store, as expected. The company’s website previously noted a September 20th launch date and here we are. 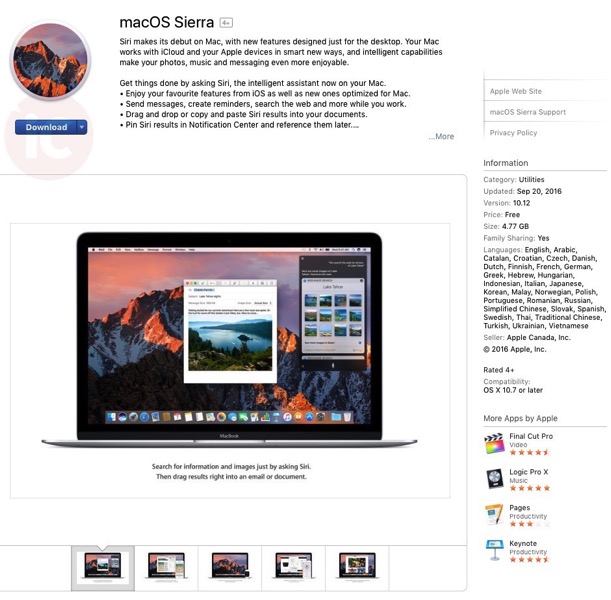 Also out is Safari 10.0, which also adds support for Extensions to be installed, via the Mac App Store, and more.

How to install these updates? Just hit the Updates tab in the Mac App Store and you’ll see them. If you can’t see macOS Sierra, search for it and it’ll show up in the results (thanks Nick).

Will your Mac support macOS Sierra? Only if it’s one of the models listed below:

Before updating to macOS Sierra, be sure to backup your system and any critical files, either with Apple’s Time Machine or some other offline method. It’s probably best to wait a day or two before updating, if you’re not in a rush, to avoid bugs or install problems that may occur for some users.

Let us know how your macOS Sierra install goes!