As expected, Apple has just released OS X Yosemite 10.10.3 for download. You can download this now from your Mac via the ‘Update’ tab in the Mac App Store. This update brings the highly anticipated Photos app and also improves the stability and security of your Mac. 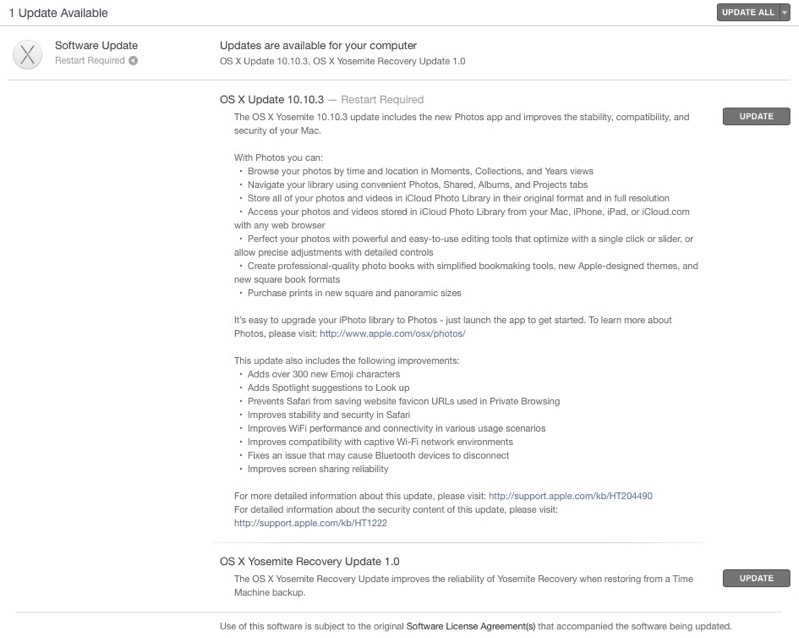