Yesterday it was reported Apple had started training its AppleCare staff on upcoming OS X Mavericks and this evening, the company released the golden master seed download to developers. This version is usually the final build, which is the same as the anticipated public release (unless last minute changes are added), which has been rumoured for an October release. 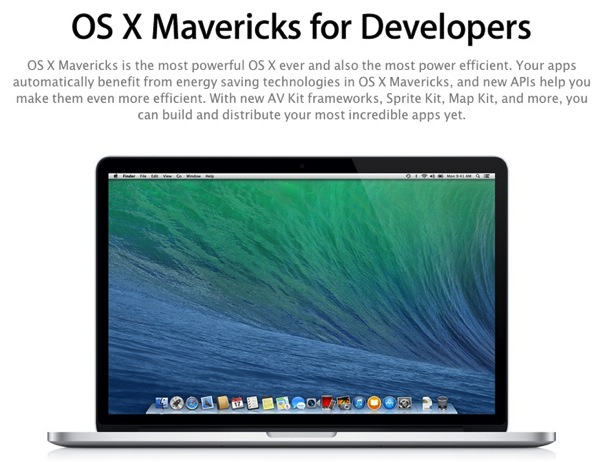 Apple first previewed OS X Mavericks at WWDC 2013, the company’s first California-themed release. Mavericks will include new apps such as Maps and iBooks for OS X, along with a 1.4x performance boost compared to OS X Mountain Lion, which was released last July for $19.99. You can find out if your Mac is compatible and ready for OS X Mavericks here.