Apple’s 15-inch Retina MacBook Pro could be seeing a refresh soon, if a supposedly leaked screenshot from the company’s Chongqing store in China is correct, according to a posting on BBS Feng (via MacRumors).

The following picture taken of what appears to be a retail store iPad display shows specs for an upcoming 15-inch Retina MacBook Pro refresh, which will now start with 16GB of RAM standard and also feature faster CPU upgrades. 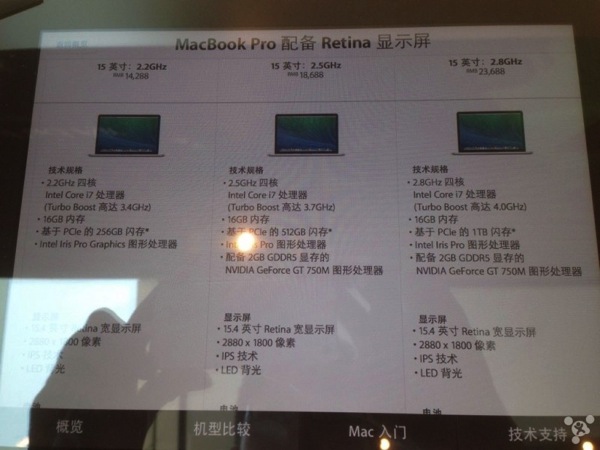 All new configurations feature minor CPU spec bumps but the new standard 16GB of RAM would definitely be welcomed by consumers.

If this leaked screenshot is true, we could see refreshes this October again like last year and it would also possibly hint a major redesign won’t be arriving this year.

Update: French site MacG claims its sources say the new 15-inch Retina MacBook Pro refresh will come out tomorrow. We’ll have to wait and see on that.