Tim Cook: Apple Still Has ‘Several More Game-Changers In Us’ 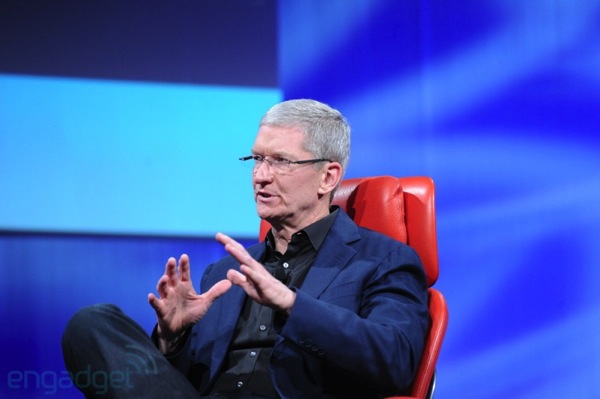 Speaking at D11, Apple CEO Tim Cook was pressed right from the start from Walt Mossberg and Kara Swisher. When asked about the future of Apple, Cook responded the company is still great and said the company still has some big things to come (via Engadget):

As for updates, Cook told his hosts the company is still playing with the Apple TV, which has now sold over 13 million (half of those in the last year alone):

“We’re still playing through the TV with Apple TV. Let me give you a little update here. For several years, we were selling a few hundred thousand. We’ve now sold over 13 million — about half of those in the last year. That business has found many, many more customers that love the Apple TV experience.”

When pressed on Apple releasing a standalone television, Cook did not reveal anything other than to say it’s still an area of ‘intense interest’ with a “grand vision”:

Cook joked with Mossberg he’ll be the first to know about the Apple television if he stopped pressuring him on the subject.