Apple surprised everyone this morning by announcing its future Mac plans, something it rarely ever does, to select journalists, in what was billed as a ’roundtable discussion’ talking about the Mac Pro, iMac and pro consumer market.

For now, Apple has confirmed the existing Mac Pro line will get CPU and GPU upgrades for the same price, until a new redesigned model is announced, most likely in 2018. This new design will allow for easier and more frequent upgrades (by Apple of course). Users will also see Apple-branded pro displays, too.

As for the iMac, new models in the pipeline are coming “this year” to target parts of the pro market. 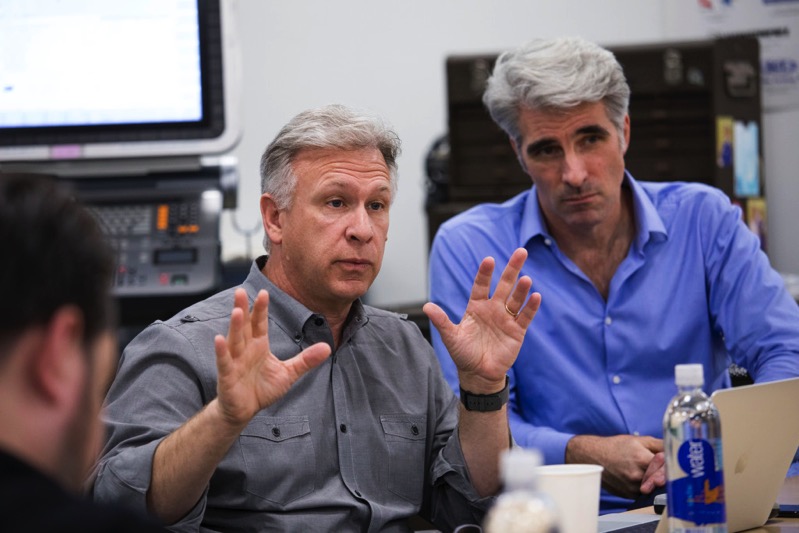 Apple executives Phil Schiller, Craig Federighi, and John Ternus (VP, hardware engineering) sat down and shared the news exclusively with only five hand-picked journalists (and Bill Evans from Apple PR), in what was essentially a 90-minute all-access to talk about the Mac:

Here are some numbers shared by Apple (via Daring Fireball):

Will the new iMac have a touchscreen? Nope—as told by Schiller to BuzzFeed: “Touch doesn’t even register on the list of things pro users are interested in talking about. They’re interested in things like performance and storage and expandability.”

It’s still strange seeing Apple release details of their future product roadmap, compared to their iron-clad secrecy during the tenure of Steve Jobs. The Mac Pro was released way back in December 2013, which is an eternity in computer years. Let’s wait and see what Apple has in store for pro users next year (and wait for Schiller to say “can’t innovate anymore, my ass!” possibly again).

Are you holding out for a new Mac Pro or pro iMac?