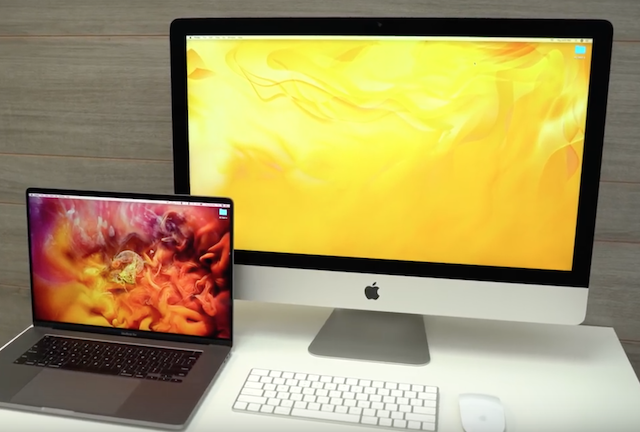 The folks over at Max Tech have recently published a new YouTube video comparing two of Apple’s latest high-end Macs i.e. the 16-Inch MacBook Pro and the 2019 5k iMac, to find out which of the two offers the best bang for your buck.

Starting at $2,999 in Canada, the new 16-inch MacBook Pro features the newest 8-core processors from Intel, latest AMD Radeon Pro 5000M series graphics with up to 8GB of VRAM, a new advanced thermal design, and can support up to 64GB RAM and up to 8 terabytes of storage.

On the other hand, the 27-inch 5K iMac starts at $2,399 in Canada for the 3.0 GHz six-core eighth-generation i5 model with tons of upgrade options for memory, storage, and graphics.

For those wondering if portability with the 16″ MacBook Pro is worth it as compared to the extra performance on the 5K iMac, and whether the notebook is still powerful enough or not, this video should help them decide.