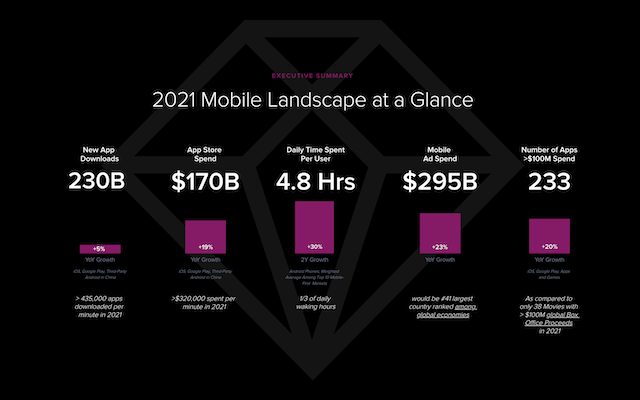 In terms of app downloads, 230 billion were downloaded worldwide in 2021 setting another record. The report also highlights that global app download growth is being driven largely by emerging markets like Pakistan, India, Peru, the Philippines, Vietnam, Indonesia, and Egypt.

This increased time spent in apps has had a direct impact on consumer spending. In the U.S., the COVID-19 pandemic’s lingering effects have forced users to shop, work, learn, game and entertain themselves from home over the past year. This led to “phenomenal” growth in consumer spending, App Annie said, as the market added $43 billion in 2021, or $10.4 billion more than 2020, equating to 30% year-over-year growth — higher than the global average.