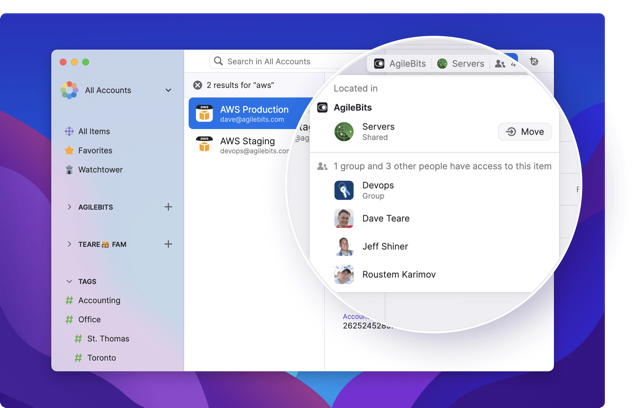 In 1Password 8, categories now sit atop your item list as a simple dropdown filter, giving the sidebar plenty of room to show all your vaults and their accounts. You’ll also notice an indicator next to each shared vault, making it easier to see which vaults are private and which are shared. 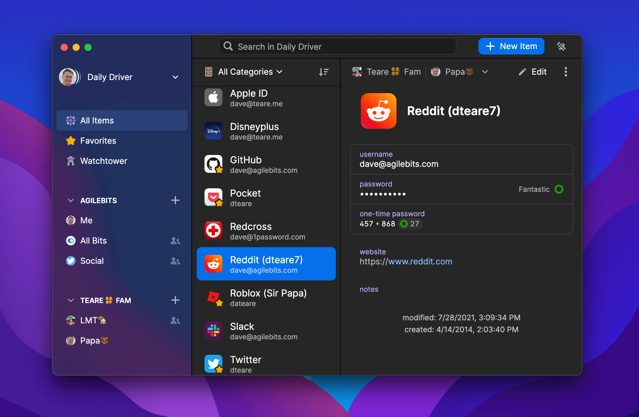 The new Watchtower gives you a comprehensive overview of your security health, and those who love Dark Mode are also in for a treat. 1Password 8 for Mac is now even more powerful when paired with 1Password in your browser.

“Throughout the app you’re in more control, with more contextual information available at all times. Try dragging-and-dropping an item from a personal vault to a shared vault. When you do, 1Password will show you who will gain access to the item so there’s no doubt about what’s happening.”