According to app analytics firm Sensor Tower (via TNW), Apple may be planning to kill nearly 200,000 apps with the launch of iOS 11 later this year. The iPhone maker has long been warning developers to update older apps to be compatible with the new 64-bit processors, but now it seems the company is ready to take the next step by permanently discontinuing support for 32-bit apps.

The source predicts that the move towards ending support for 32-bit software would render about 187,000 apps useless overnight. While the firm says the number makes for 8% of all titles available on the App Store, the real magnitude could be even higher as the research only takes into account apps that were submitted prior to the introduction of the iPhone 5s and haven’t been updated since. 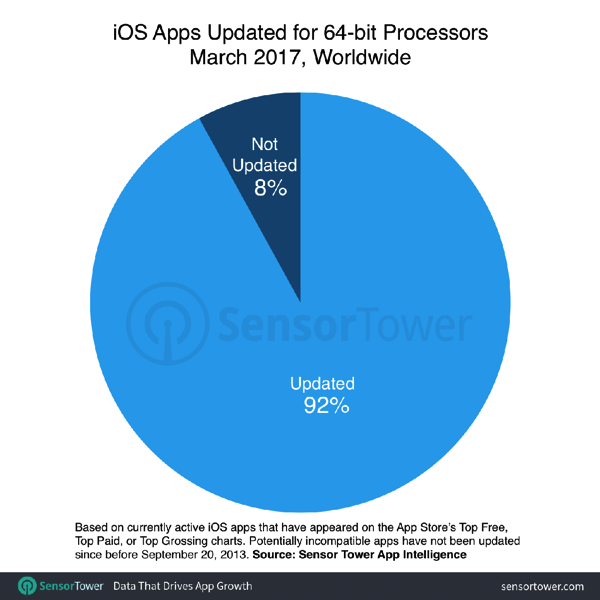 Previously, Apple has been reminding developers that 32-bit apps will soon become obsolete by saying that certain apps “will not work with future versions of iOS.” But now, newer signs are suggesting that iOS 11 will be the definitive cut-off point for all 32-bit apps.

Recently, Apple also engaged in a purge of broken or outdated apps as Sensor Tower noted that 47,300 apps were wiped out in October alone.