Apple’s 2018 iPhone X Could Get Even More Expensive: Analysts

According to an analysis of average sales prices (ASPs) by UBS analysts Steven Milunovich and Benjamin Wilson, Apple could raise the price of the new 2018 flagship iPhone X to US $1,100, BusinessInsider is reporting. With the iPhone X not selling as well as expected, analysts say Apple might “counter intuitively” raise the price when it launches the new version of the flagship phone later this year. 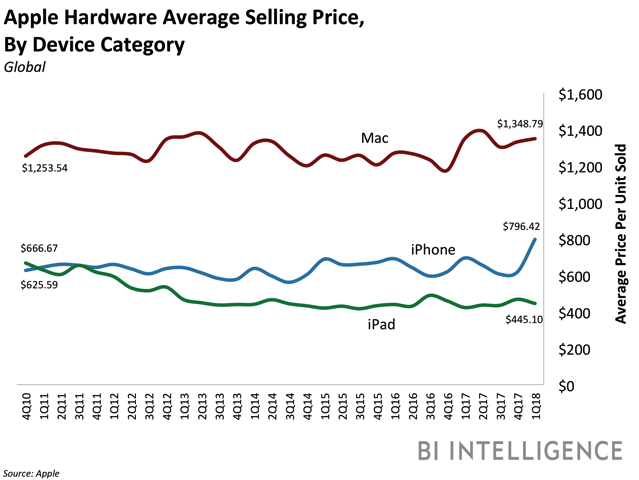 Analysts believe that “once Apple establishes a price band it typically keeps it”, which is consistent with what they have heard from former Apple employees. They highlighted how Apple has been successful in persuading its customers to increase what they pay for iPhones from an average of somewhere around $600 to nearly $800 in the last few years.

The UBS analysts added that the price of the entry-level iPhone SE meanwhile, could fall to as low as US $300.

Apple’s three-pronged strategy is to persuade repeat customers to pay more for newer products while offering cheaper devices for first-time customers. Milunovich and Wilson outlined the strategy in a recent research note: