Citing a Credit Suisse presentation, a report by LetsGoDigital is claiming that Apple’s 2020 flagship iPhone will feature a notch-less design and will sport a fingerprint reader or Touch ID embedded into its display (via 9to5Mac). 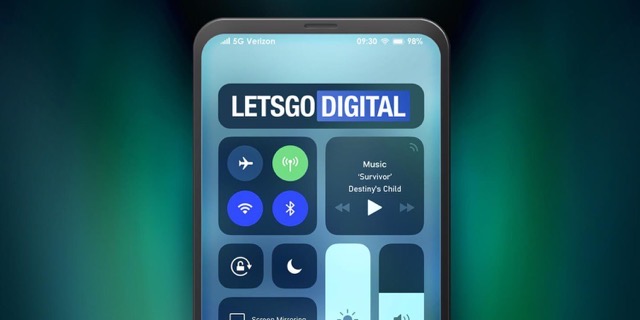 Previously, veteran analyst Ming Chi-Kuo has claimed that a dual-biometric iPhone would arrive in 2021, featuring both Face ID and under-display Touch ID. Bloomberg has also suggested in a separate report that Apple may not be able to offer both Face ID and embedded Touch ID before 2021 due to certain technical challenges.

Now, the latest report is claiming that Apple will choose a completely new phone design in 2020:

China Times was able to gather revealing information at MWC Shanghai about a Credit Suisse presentation. The Swiss financial services provider reported that Apple suppliers are finalizing the development of a full screen display for the iPhone 2020.

To achieve a full screen display, a TrueDepth camera will be processed under the screen. The new Apple iPhone 12 will also have an in-display fingerprint scanner. The Face ID functionality is therefore canceled […]

The under-screen camera will only be found in the top model, the Chinese publication stated.

The report further claims that Apple’s 2020 flagship iPhone will feature a notch-less design based on the fact that Apple has applied for three design patents in Japan, showing an iPhone without the notch.