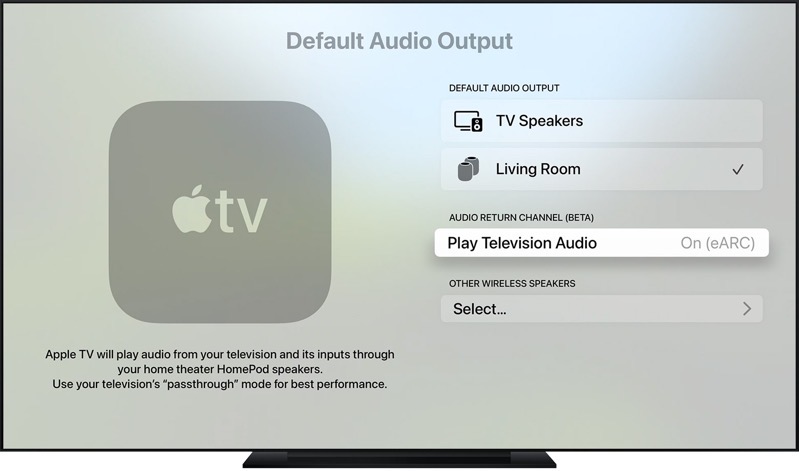 The 2021 Apple TV 4K launches today and Apple has confirmed the device supports eARC, to allow “can receive high-quality audio from a supported TV and then play that audio through your HomePod speakers.”

Apple says to get started you’ll need HomePod speakers (which, have been discontinued!), plus a TV that supports HDMI ARC or eARC. HomePod mini speakers are not supported.

You’ll first need to setup your single HomePod or stereo pair as the default speaker for your Apple TV. To do this, assign your Apple TV and HomePod in the same room within the Home app. When you turn on your Apple TV, you’ll have the option to “Use HomePod as TV speakers.”

Next, on your Apple TV, go to Settings > Video and Audio > Default Audio Output and ensure HomePod is selected.

Someone on Reddit said they tested this setup with their PlayStation 5 and it worked like a charm, outputting stereo audio to HomePod.

It’s odd Apple is promoting this with its retired HomePod. It may suggest a future HomePod replacement or soundbar may be coming?

Apple.ca is sold out of Space Grey HomePods, but White is still available for $399. Get it while you can.