25 Apple Stores in Canada Have AirPods, Worldwide Locations Sold Out

AirPods are sold out worldwide at Apple Stores right now, except for one location in France, the Apple Aix-en-Provence. The reason is because AirPods have been stockpiling at Apple Stores in Canada, as right now there are 25 locations with stock.

Yesterday, according to tracker isinstock.com and iStockNow.com, Canadian Apple Stores started to get numerous shipments of AirPods, allowing customers to do reserve and pick up, bypassing the online order wait times, which currently sit at six weeks.

The map below shows all the Apple Stores in Canada and the USA, with green pins showing AirPods in stock, while red means unavailable or sold out: 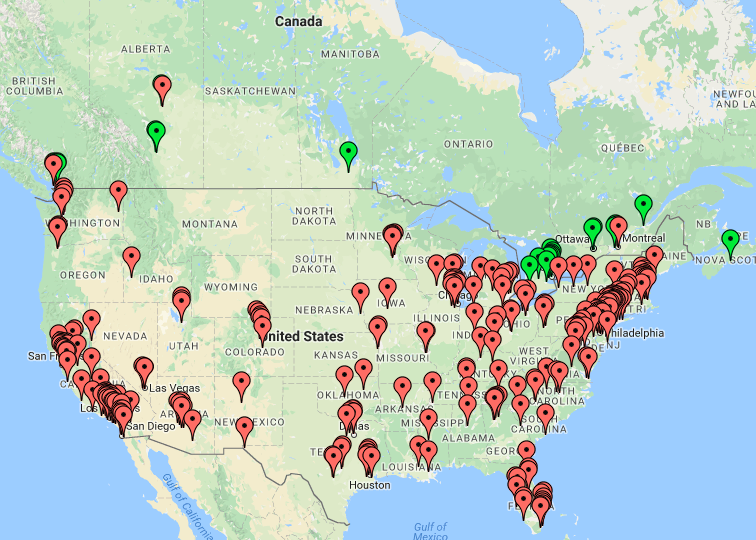 There are 29 Apple retail locations in Canada, and right now 25 of them have AirPods. The locations sold out in Canada are Richmond Centre and Oakridge in Metro Vancouver, Southgate Centre in Edmonton, and DIX30 in Montreal. Meanwhile, everyone else on the planet is calling their friends in Canada to buy them a pair of AirPods.

Again, if you don’t have AirPods yet, the best way to is sign up for email alerts from IsInStock.com and you’ll be notified in real-time, or follow them on Twitter, @airpodsalerts.