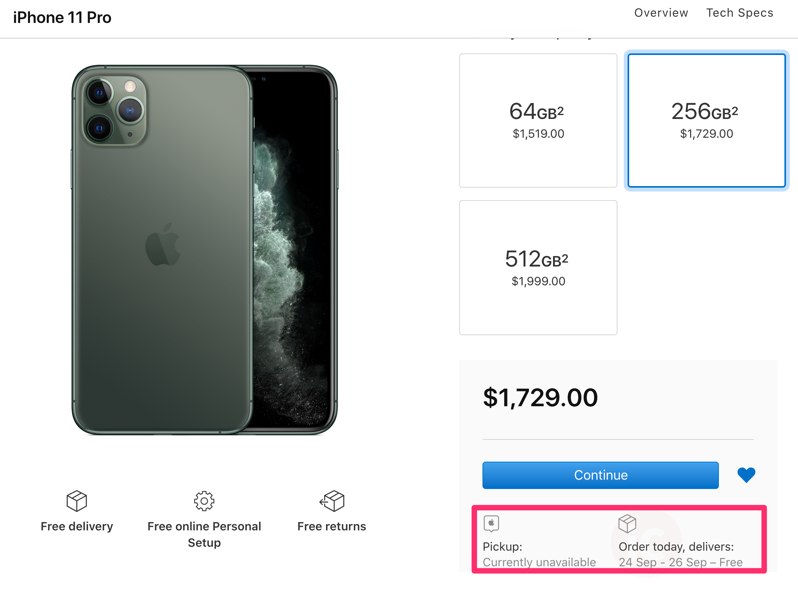 If you’re going to drop $2K on a new iPhone 11 or iPhone 11 Pro pre-order, you may as well get something different like the latest colour, right?

All other iPhone 11 and iPhone 11 Pro Max configurations are still showing a September 20 delivery window, as of writing.

This particular iPhone 11 Pro Max in 256GB works out to $1936.48 after tax in British Columbia. Who needs to feed their kids anyways when a new ultra wide angle rear camera is now available?

Any shred of mystery Google was saving for its Pixel 7 series launch event on Thursday, October 6, likely dissipated when a detailed and legit-looking spec sheet for the two phones leaked online over the weekend (via 9to5Google). Apparently, a mobile carrier in Taiwan prematurely shared the spec sheet for Google's Pixel 7 and Pixel...
Nehal Malik
18 mins ago