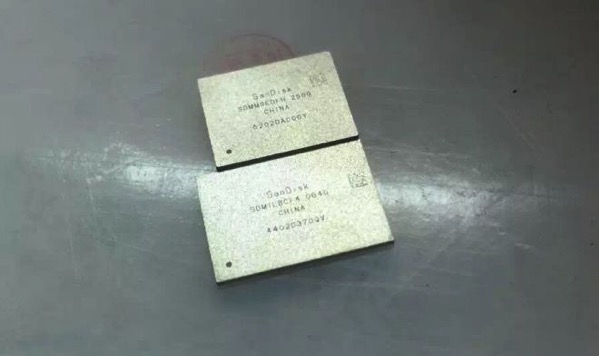 Pictures of a SanDisk 256GB NAND flash memory chip shared recently by an Italian website HDblog (via MacRumors) amid rumours that Apple may offer the ‘iPhone 7 Plus’ with 256GB storage, suggest that the said flash storage might make its way into Apple’s next iPhone. A number of previous generation iPhones, including the iPhone 5, iPhone 6, and iPhone 6 Plus, have also featured SanDisk flash memory chips.

The source highlights that since SanDisk has succeeded in reducing the size of its 256GB NAND flash memory chip to be significantly smaller than its 64GB counterpart, it makes it a viable option for Apple since previous rumours have also suggested that the ‘iPhone 7’ and ‘iPhone 7 Plus’ may be up to 1mm thinner while featuring a larger 3,100 mAh battery.

It will be interesting to see whether Apple drops the 16GB base storage or not in case it chooses to offer the 256GB option in ‘iPhone 7’.