According to a new DigiTimes pre-publication note obtained by The Motely Fool (via MacRumors), Apple is planning to release an even bigger iPhone than the current 5.5” iPhone 6s Plus, featuring a 5.8” AMOLED display in 2017 or 2018. DigiTimes is claiming through its supply chain sources that 50 million of these AMOLED-equipped iPhones will be delivered to customers in the first year of availability, with Samsung reported to be the main display supplier, while LG Display and Japan Display will be “joining in later”. 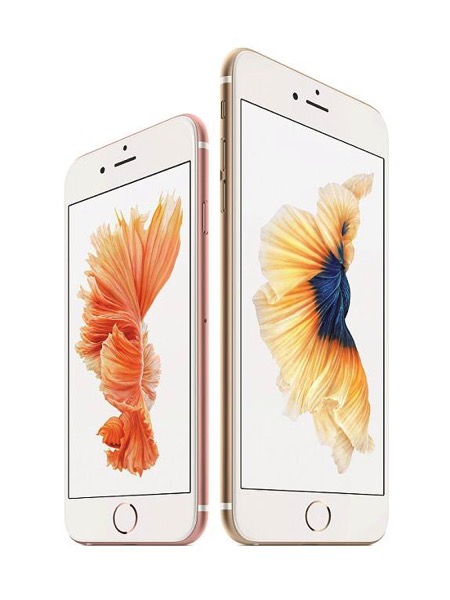 The source highlights that even though LG Display will be in a position to supply AMOLED displays in high volumes next year, Japan Display is targeting 2018 for the mass-production start of OLED displays. KGI’s Ming-Chi Kuo has also recently predicted that Apple is planning to release two variants of its larger iPhone 7 Plus, one with a single-lens camera and one with a dual-lens camera. The source claims that the dual-lens variant, which is sometimes referred to as the ‘iPhone Pro’, may be the first Apple handset to feature an AMOLED panel.

“Although it doesn’t appear that the initial iPhone Pro will come equipped with an AMOLED display, particularly if it launches alongside the iPhone 7/7 Plus this fall, it could make a lot of sense for a second-generation iPhone Pro — which could launch in the fall of 2017 — to come equipped with such a display. Such a product would surely be priced higher than the already pricey Plus model, meaning that even if the AMOLED displays on the device cost more, the device’s higher price should more than offset the component cost increase”.

Apple is currently expected to launch of a new 4-inch “iPhone SE” at a special media event later this month.

As the volume of trips to and from post-secondary campuses across Canada is doubling, Uber is sharing some back-to-school trends highlighting how students are relying on ridesharing to get around on and off campus. "Now that classes are back in full swing, it’s a great time to remind students how to use Uber app features...
Usman Qureshi
24 mins ago

Apple, Google, Amazon, Meta, and Microsoft have all joined the University of Illinois (UIUC)'s Speech Accessibility Project to improve voice recognition algorithms for users with disabilities that affect speech and those with diverse speech patterns — reports Engadget. The tech giants are also joined by nonprofits like The Davis Phinney Foundation and Team Gleason in...
Nehal Malik
58 mins ago