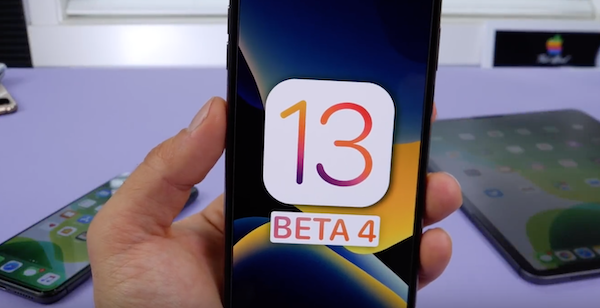 The folks over at EverythingApplePro have just published a new video providing a detailed walkthrough of the just-released iOS 13 beta 4. With nearly 50 new features and changes included in Apple’s latest iOS 13 beta, the video covers new 3D Touch capabilities, speed enhancements, and more.

If you have an Apple developer account, you can download the fourth beta of iOS 13 right now by logging on to the developer’s portal. An equivalent Public beta was released earlier today.

In the meantime, check out the video walkthrough of all the new features and changes included in iOS 13 beta 4 below and don’t forget to share your thoughts in the comments section.