With so many built-in keyboard cases for iPad coming out recently, none of them has really been able to shine. But now, it seems like these folks have finally nailed it. A new Kickstarter project named Brydge is an innovative hinged iPad keyboard made with highest grade aluminum, much similar to the kind used in Apple’s MacBooks. The Brydge Kickstarter, that reached its funding goal of $90,000 in less than 24 hours, is about to hit the $125,000 mark in merely two days of its launch. Wow! 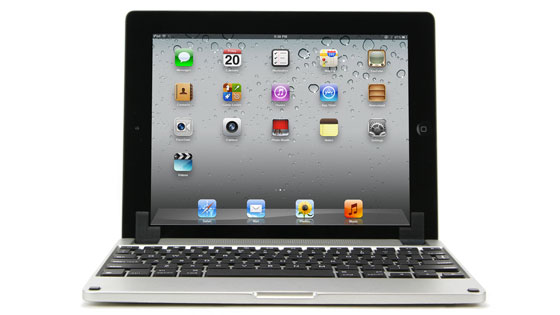 So what is it that makes Brydge so much better than the others? For one, it’s elegantly crafted using aerospace-grade aluminum to closely match the feel of the iPad itself, unlike most other iPad keyboards which are made up of painted plastic. For another, Brydge’s unique patent-pending hinge holds the iPad secure and allows for close to 180 degrees of positioning, allowing you to position your iPad at nearly any angle. And best of all, it even has built-in speakers (optional) to practically turn your iPad into a laptop. 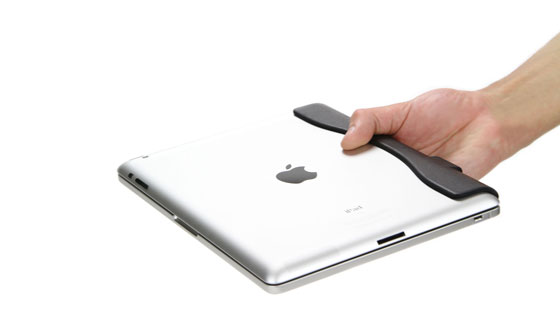 Brydge’s hinge combines the forces of friction and magnetism to hold strongly onto the iPad. There is no need to enclose your iPad in any sort of case, instead, your iPad snaps in and is ready to go. If you need your iPad free from Brydge, simple hold down on the Brydge and pull your iPad free.

Brydge connects with your iPad via bluetooth, so there is no need to deal with any wires or plugs. This was important aesthetically, but also adds to the portability and convenience of the product. Additionally, the keyboard has been designed specifically for an iPad, with iPad functions built in and charges through a USB connection.

To back this project or find out more, check out the Kickstarter page here. Meanwhile, here’s a little video to give you a better idea of how Brydge trumps just about any other keyboard case in today’s market!