A&W Burger Coupons Can Now Be Redeemed from your iPhone

A&W has launched a new responsive website (it auto adjusts to your device) site for their coupons, which normally show up in your mailbox. All you have to do is visit awcoupon.ca and the coupons show up in a list, which includes burger combo deals and breakfast offers, ready to be redeemed at over 770 locations. 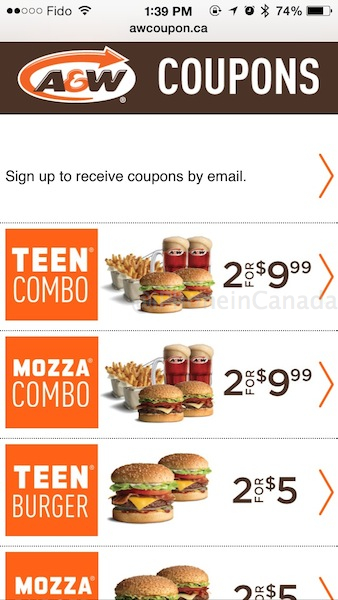 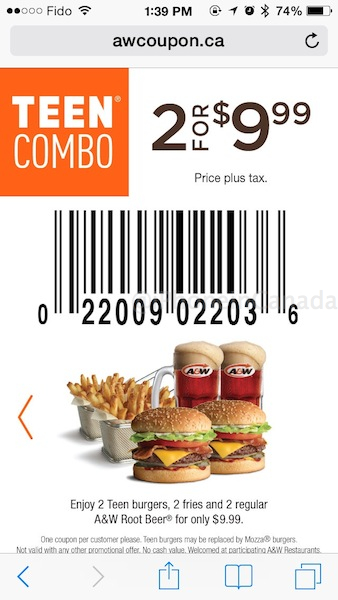 Once a coupon is tapped, it loads on the screen which reveals a barcode A&W will scan. The fine print says one coupon per customer per visit and the current batch expires September 29, 2013 (also, Teen burgers can be replaced by Mozza burgers; the more you know, right?).

Since these coupons are digital now, you can use them as often as you like–that is until your pants don’t fit anymore (don’t blame us if you can’t resist their hot and fresh made-to-order onion rings). Let us know if you’re going to try this out or have already been using the mobile coupons.