UK’s Driver and Vehicle Licensing Agency (DVLA) is planning to get rid of plastic driving licences by allowing the drivers to add their license to Apple Wallet, essentially turning their iPhone into an ID, The Independent reports. Oliver Morley, the CEO of the British driving authority, has recently teased on Twitter a “prototype” of the feature (shown below), something that could change the way driving licences are used and issued. 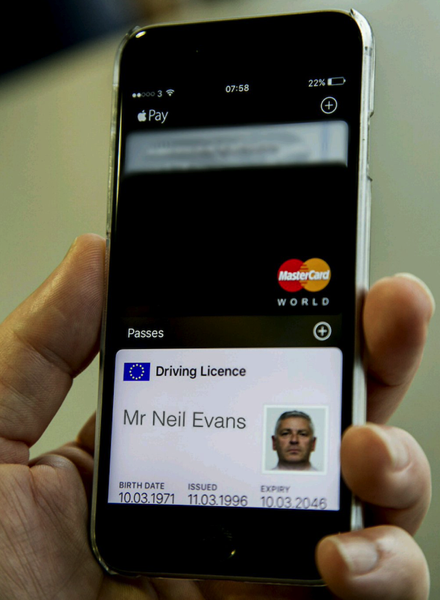 The shared photo shows a driving licence inside Apple’s Wallet app, where credit and debit are stored for the Apple Pay payment system as well as other passes like tickets and loyalty cards. While it isn’t yet clear how a digital version of the driving licence would replace the real one, but if the feature shown off in Mr Morley’s tweet does turn out to be true, the agency could get rid of the last reason that some people keep their wallet around.

Last year, DVLA got rid of the paper part of the driving licence entirely, leaving only the plastic card that is issued to everyone who can drive.

No word if this will come to Canada, ever. You know, #BecauseCanada.