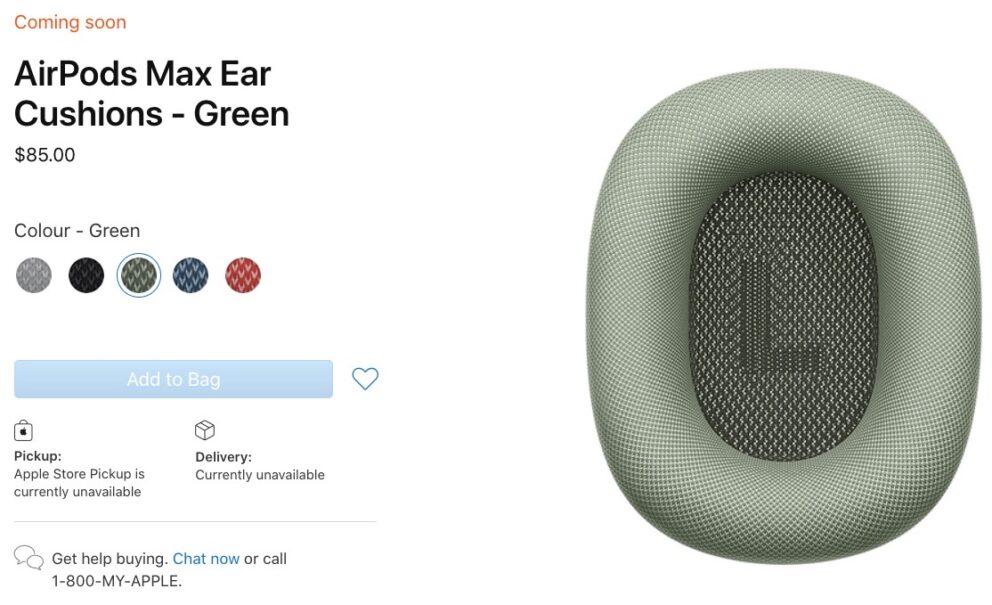 These headphones are “a perfect balance of exhilarating high-fidelity audio and the effortless magic of AirPods. The ultimate personal listening experience is here,” says Apple.

These headphones were rumoured as ‘AirPods Studio’ and were said to have replacement ear cushions. This is indeed true as Apple.ca lists replacement AirPods Max ear cushions for $85 CAD for a pair, noted as “coming soon”.

According to Bloomberg’s Mark Gurman, Apple had planned to make the top band of AirPods Max replaceable too, but that never happened.

Ahead of the recent launch of HomePod mini and AirPods Max over the past two months, Apple removed rival headphones and speakers from its website, thus allowing the company to funnel customers to its own products.

AirPods Max are set to launch on December 15 in Canada.