iFixit has of course torn apart Apple’s new AirPods, which they have concluded are impossible to repair, garnering a repairability score of 0/10. 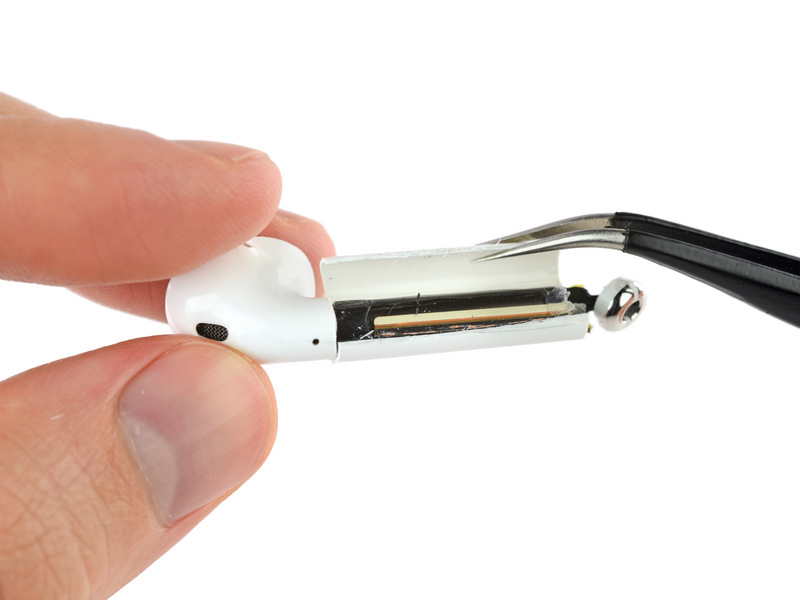 The teardown reveals copious amounts of glue hold tiny components together inside the AirPods, such as the 93 milliwatt hour battery located inside the stem of each earpiece (along with an antenna), which they say is “about 1% of the charge capacity in an iPhone 7.” As for the battery in the case, it is 1.52 Wh, or about 16 times the power capacities of the earpiece batteries.

Inside Apple’s AirPods is a Cypress CY8C4146FN programmable system on a chip, suggesting these headphones can be tweaked by Apple with updates.

In their X-rays of AirPods, iFixit believes they have discovered “quality issues” in the AirPod case’s processor, noting there are “excessive empty spaces in the solder, known as voiding,” suggesting this could be a sign of low quality standards, or what they claim a rushed product release, hence Apple’s delay of the product for two months. It’s a stretch, but that’s their guess. 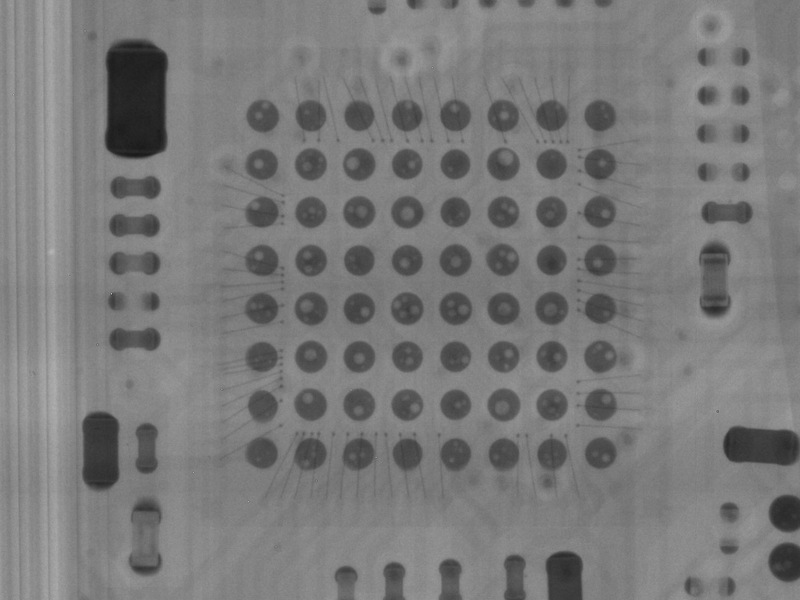 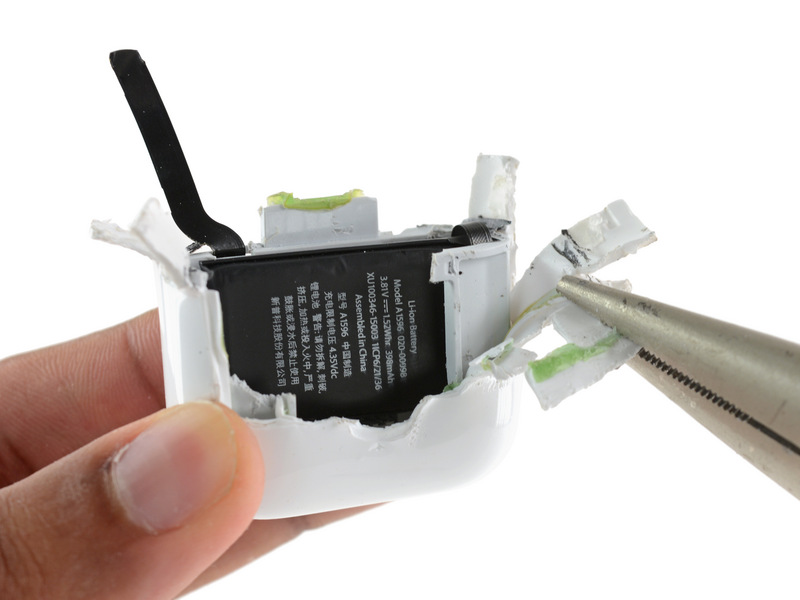 As for the battery case, iFixit couldn’t access internals without destroying the outer casing with a Dremmel, thusly resulting in the AirPods getting a repairability score of 0/10.

The bottom line is nobody really expected these to be repairable, but if you happen to lose an AirPod or the charging case, it’ll cost you $69 USD to replace. Here’s a quick first look at our impressions of the new AirPods.