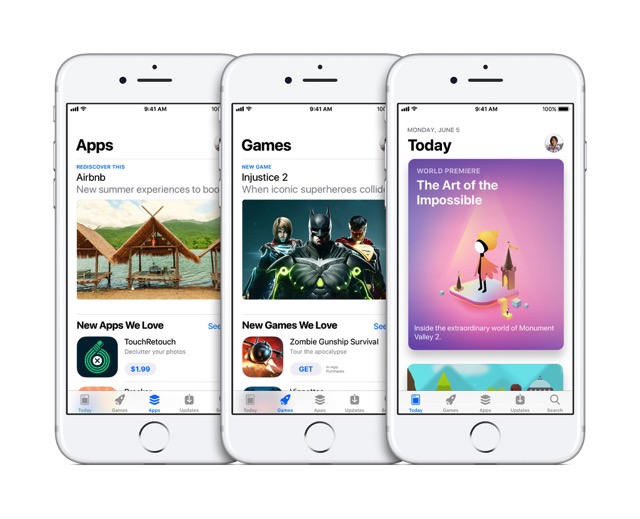 Apple today unveiled a completed redesigned iOS App Store at its WWDC 2017 keynote, featuring an all-new way to discover apps and games. The revamped App Store for iPhone, iPad and iPod touch is packed with original stories and editorials, updated daily in a new Today tab, as well as new Games and Apps tabs.

“App Store customers have now downloaded more than 180 billion apps and Apple has paid out over $70 billion to developers since the store launched in 2008, making it the most vibrant software marketplace in the world. More than 500 million unique customers visit it every week.

In the new Apple Store, the company is also breaking out in-app purchases on the description page, so they can be purchased right from the App Store and not by only opening and digging through the software itself.

The new App Store has tabs along the bottom for Today, Games, Apps, Updates and Search.

The new App Store will be rolled out to the public with iOS 11 later this fall.