A previously reliable source of unreleased Apple device leaks, apple.club.tw has posted an image today of the alleged iPhone 6 lightning connector assembly and a new picture of the rear shell we’ve already seen a couple of times in other colours. 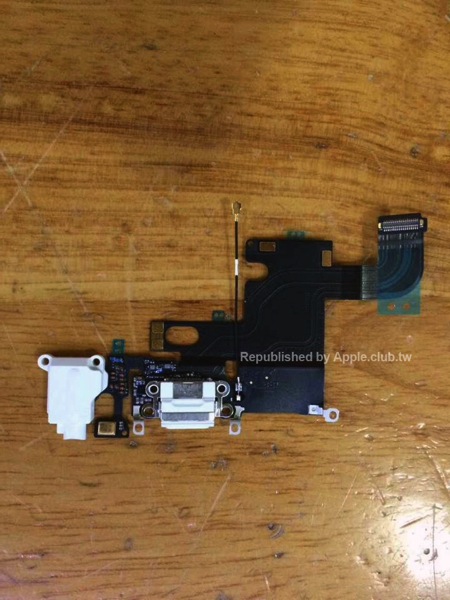 The purported iPhone 6 component shows small changes compared to the same iPhone 5s component. It shows the headphone jack, the lower microphone, and the lightning port in the middle, but the flex cable containing the loudspeaker has been slightly redesigned.

It’s very similar to the iPhone 5S cable and the 5C cable, Kyle Wiens, CEO of iFixit said in an email sent to iPhoneinCanada. I’d almost expect it to change a bit more. It’s challenging to interpret the internal layout of the device from just one part. But this could be a new component if the 6 has the same general form factor as the rumors are indicating. This cable would probably fold back in and connect to the main board.

The rear shell is very similar to what we’ve seen so far leaked by different sources. The image shows an almost-ready rear shell — those antenna breaks just don’t want to disappear as promised, at least not in this phase (we just hope) with the Apple logo embedded. 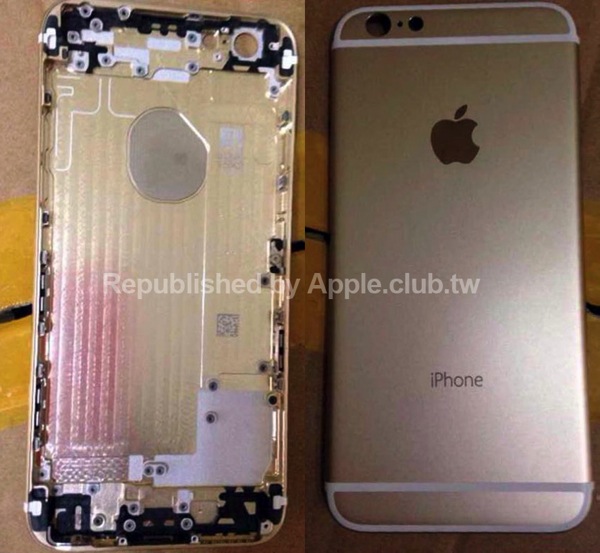 You may recall that we saw a similar iPhone 6 back shell yesterday alongside a rumour that claimed the logo would glow when you got a notification. Today, the sources leaking the above images say the light-up Apple logo rumours are false.

The iPhone 6 is said to be entering mass production this month, and when launched it will allegedly feature a sapphire glass display. The analysts have contradictory information about this feature, and, of course, when we contacted GT Advanced for comment, Jeff Nestel-Patt, the spokesperson, remained mum on the the company’s sapphire glass production output.