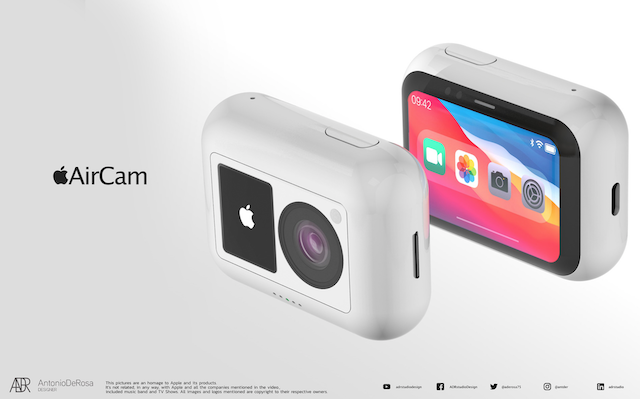 Concept designer AntonioDeRosa has just shared his latest project titled Apple AirCam, an action camera that has the same dimensions as the AirPods Pro case, and packs features like Siri, Face ID, 5K video recording, a Lidar sensor, and much more. 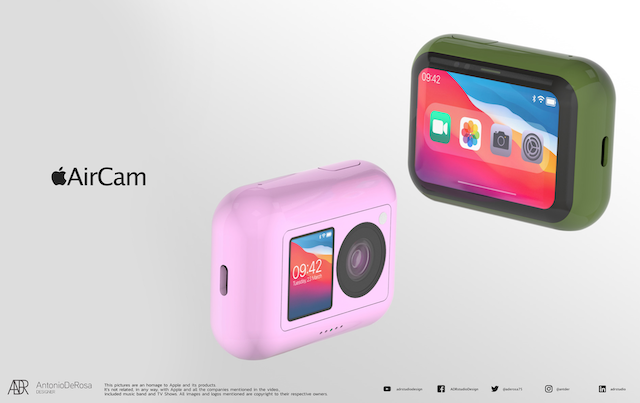 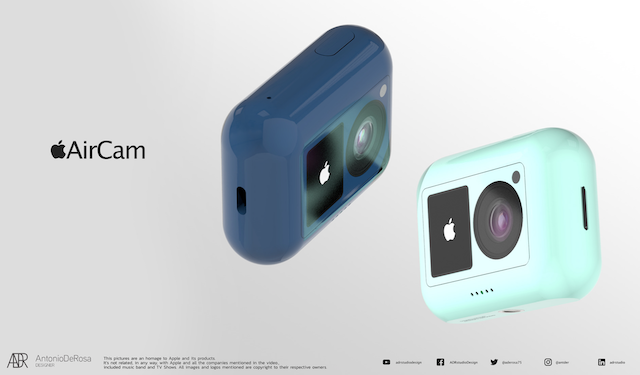 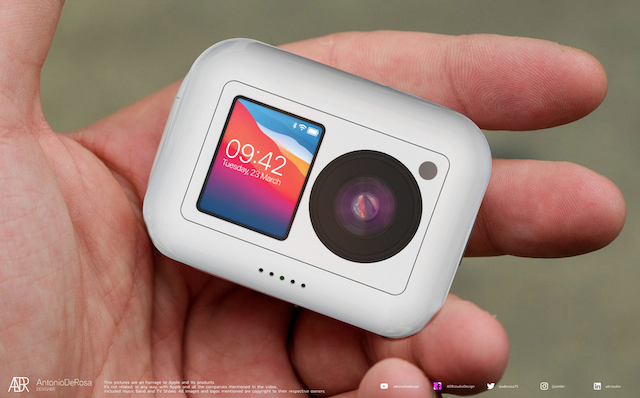 Offered in a variety of colours, the AirCam features just about everything a current-generation iOS device has to offer. It has a super high-resolution camera, a gorgeous LED display, and even has expandable storage.

Check out the video below for a better idea and share your thoughts with us in the comments section.