According to The Associated Press,  a $1,000 investment on Amazon’s first day of trading in 1997 would be worth more than $500,000 today (via The Star). The company’s rise has also made its CEO Jeff Bezos the world’s second wealthiest person, behind only Microsoft co-founder Bill Gates. 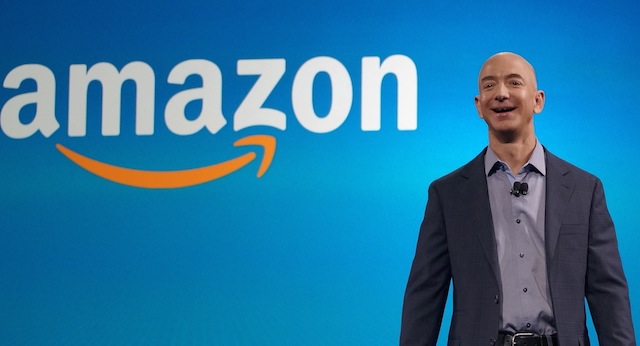 Amazon also just beat Google to the $1,000 level, with its Class A shares just $2 short of $1,000. When asked about how much further Amazon can grow as it tries to replicate its U.S. success abroad, John Blackledge, an analyst at Cowen and Company LLC who recently upped his Amazon price target to $1,125 a share, said that the shares will likely push even higher since Amazon is growing so quickly in massive global industries that show no signs of slowing.

“There’s a long runway there,” he said. “The markets Amazon is playing in with global retail and cloud computing are just massive. Things continue to go well and investors are looking for more upside.”

Investors put more value in Amazon’s web traffic and delivery network than they do in Wal-Mart’s vast store presence because online spending will grow more than four times faster than overall retail spending this year as shoppers continue to shift from stores to websites.

Amazon’s $478 billion market value is now double than that of Wal-Mart Stores, even though the world’s biggest retailer is expected to have sales three times larger than Amazon’s this year.