The latest announcement of Twitch Prime means Prime members looking to pre-order video games, will get 20% off. Twitch is a leading live video game streaming platform, acquired by Amazon two years ago.

So with this new 20% off discount for Twitch Prime, Pokemon Moon is available for $39.99 after discount, much cheaper than any other retailer, for example: 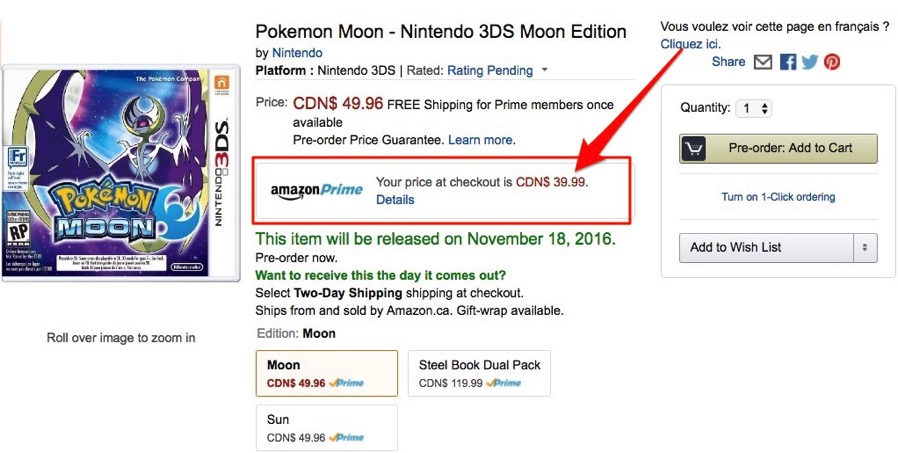 Here are some games with their 20% off prices listed below (numerous Collector’s Editions are eligible):

The fine print reads “Customer must have an active free trial or paid Prime subscription at the time of placing an order and the time of shipment to receive offer.”

Again, even if you sign up for a free Prime trial account, you are eligible for 20% off video game preorders. Not a bad deal at all, if you’re waiting to get some of these new games.

Amazon Canada has also launched today their Star Wars: Rogue One store online, ahead of the film’s highly anticipated released this December.

The company explained in an emailed statement there are over “80 new products” available, featuring new characters such as yn Erso, K-2SO, and the new Imperial Death Trooper, along with new vehicles such as the U-Wing and TIE Striker.

Aside from Rogue One, there are “thousands” of other Star Wars products available, from the classic trilogy The Force Awakens.

Let us know if you’re going to jump on any of these announcements.