A new Kickstarter campaign titled ‘EverCam’ launched by Anker-owned company Eufy, promises a truly wireless 1080p smart security camera, with up to 365 days of battery life. Other features include AI capabilities with facial recognition, as well as a built-in infrared sensor which enables the camera to activate recording and send notifications upon heat detection. 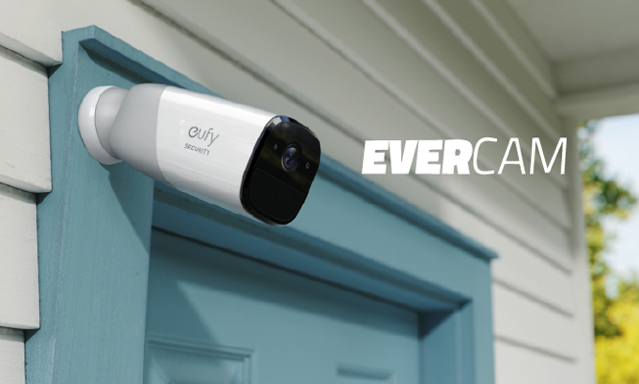 The water resistant HD camera can be installed on any metal surface via built-in magnets, or with a single-screw mount on any other surface, without requiring a direct power source, and can run for up to 1 year on a single charge, thanks to Anker’s built-in 13,400mAh lithium-ion battery.

The EverCam features a Sony Exmor IMX 323 sensor with large f2.2 aperture, and has a 140-degree wide-angle lens for a panoramic view. It has a 16GB microSD card that is protected by AES 128-bit encryption. The card can hold roughly around 1 year of video footage at normal usage. The optional cloud storage subscription for saving and viewing video clips in real time costs $2.99 per month.

The product has already raised $735,000 in funding with over 2200 backers and 58 days still to go, which is way more than its initial goal of $50,000. To back the project, head over to EverCam’s Kickstarter page.