Apple Makes Changes to the App Store: ‘Free’ Labels Are Now ‘Get’ [PIC]

You may have noticed some changes in the App Store today, specifically related to free apps. Normally, we would tap the ‘FREE’ button to download apps, but Apple has made a change today to make them read ‘GET’ instead. 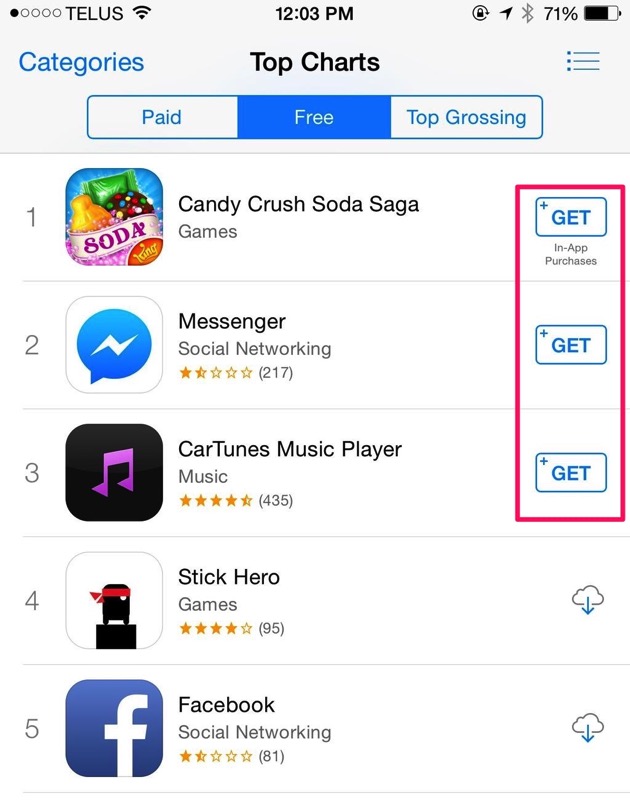 These free apps still note ‘In-App Purchases’ to warn users about the potential of added costs if they choose to accept them.

Apple has been criticized recently by the European Commission, alleging it hasn’t done a good enough job warning users of in-app purchases within free apps. We’ve all read about those in-app purchase horror stories.

While Apple has attempted to educate customers, in the end it comes down to not giving your iTunes Account password to your kid so they don’t buy $99.99 Smurfberries all day (or enabling parental restrictions in Settings).