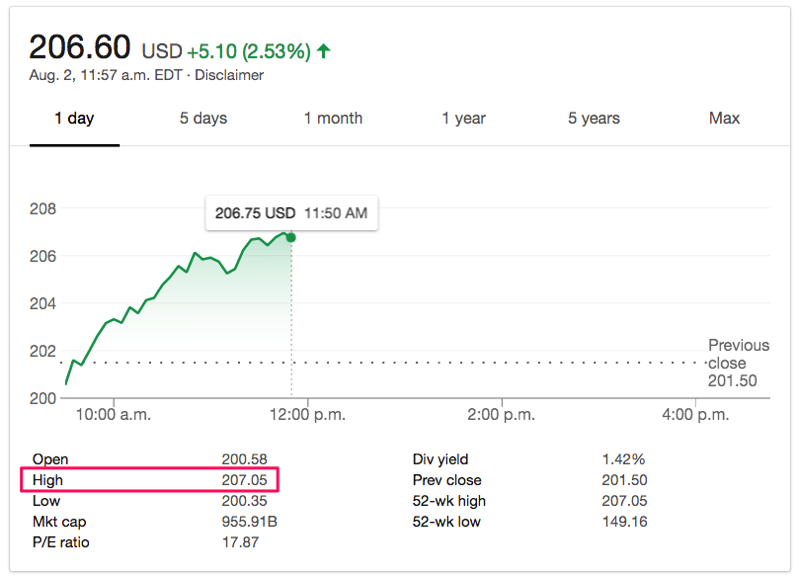 With Apple’s stock price briefly hitting $207.05 in midday trading on Thursday, the iPhone maker beat out other tech rivals such as Amazon in the race to one trillion.

Apple hit the $900 billion market cap threshold back in November, while Amazon reached that same amount last month. With Apple’s recent successful third quarter earnings announced this week, the company’s stock pushed higher than the $207.05 USD per share requirement to his one trillion.

Back in 1997, the company was on the verge of bankruptcy before a huge turnaround started, with the return of late Apple co-founder Steve Jobs. When the iPhone was announced back in 2007, the company was only worth $73.4 billion (via NYT)–now it’s worth one trillion. Amazing.