With Apple stock (AAPL) trading as high as $181.12 per share earlier today, the Cupertino tech giant is fast approaching a $3 trillion market valuation. 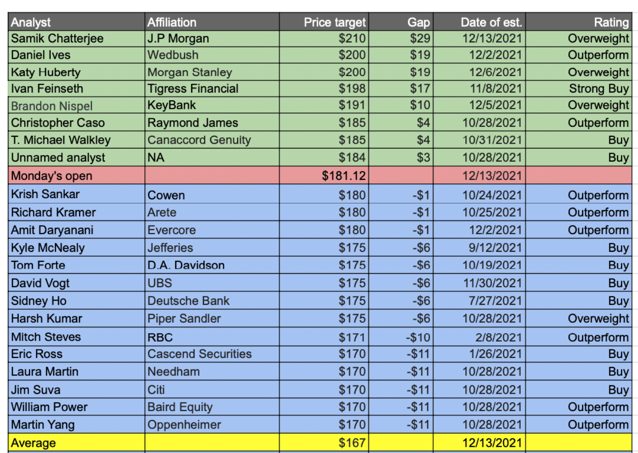 As noted by Philip Elmer-DeWitt, Apple “pushed eight more price targets into the deep blue sea” as the stock opened above $180 this morning.

“I wish Rod Hall and Toni Sacconaghi would put Goldman’s and Bernstein’s money where their mouth is and sell their firm’s Apple holdings for $142 and $132 a share, respectively. We won’t even talk about Pierre Ferragu, he wrote.

J.P. Morgan has also boosted its price target to $210 up from the previous $180, as the research firm calls it “the top pick into next year.”

According to firm analyst Samik Chatterjee, Apple shares have reversed the underperformance seen in the first half of the year as “expectations around the iPhone 13 demand cycle have improved.”

The previous high price target on AAPL) was $200, which came from Morgan Stanley earlier this month, citing strength in the App Store and iPhone.