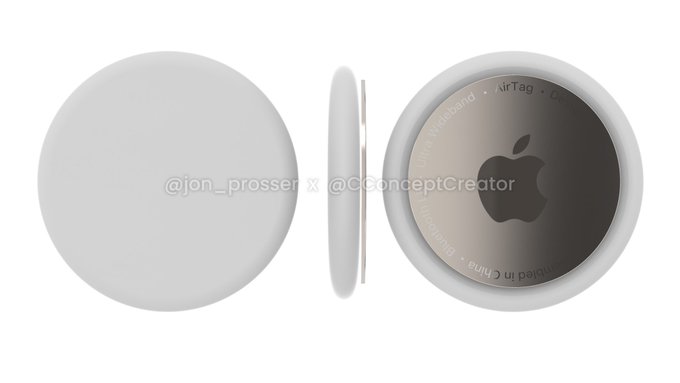 Apple leaker Jon Prosser this morning has shared off what he claims are 3D renders of Apple’s Tile tracker competitor, known as AirTags.

Codenamed B389, Prosser says “sources shared with me a video of the real AirTags — to protect them, we made a 3D render to show you.” The leaker had renders made by @CConceptCreator. 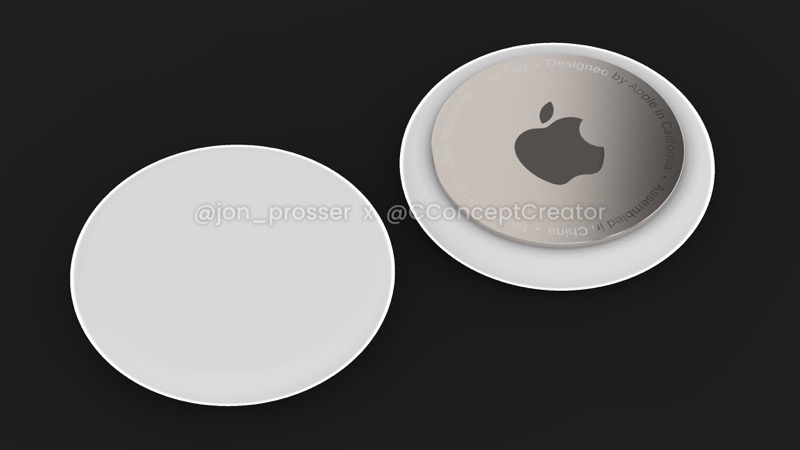 The 3D renders show off a round disc that resembles a white bottle cap with a metal back. The white front has no Apple logo or writing on it, while the polished metal back has the Apple logo and text that says “Designed by Apple in California”, along with “Assembled in China” and text that mentions “Bluetooth LE” and “Ultra Wideband” (odd that Apple would mention these features). 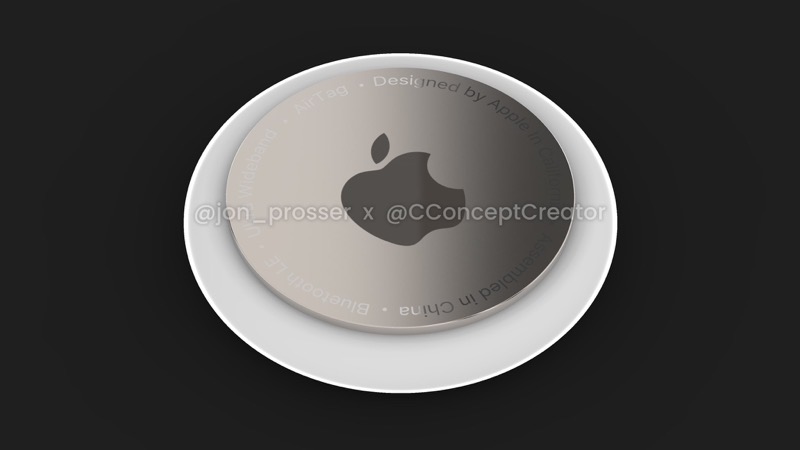 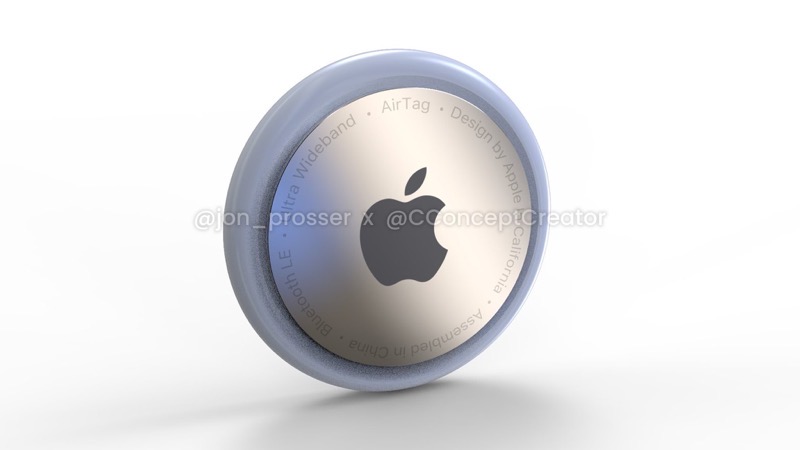 There are no keyring holes on Apple AirTags, which means there may be a keyring accessory included or available for purchase. It’s so unclear how these can be applied to an item and it’s assumed these will charge wirelessly as no USB ports are shown.

Back in April, an Apple Support video mentioned the existence of AirTags, detailing a setting where “Offline finding enables this device and AirTags to be found when not connected to Wi-Fi or cellular.”

Apple may announce AirTags at its special event tomorrow, along with new Apple Watch models, iPads, but no iPhones yet, reports Bloomberg.