Apple has hired another construction company to finish its spaceship-like headquarters in Cupertino, multiple sources familiar with the matter told the Silicon Valley Business Journal (via MacRumors). The new contractor brings up new questions as well. Will Apple finish the construction project in time? Why did Apple hire another firm to finish the Campus 2? 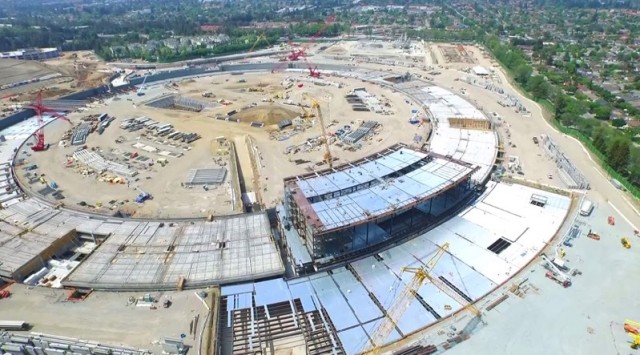 Up until now, DPR/Skanska — a joint venture of DPR Construction Co. and Skanska USA — was in charge of the project and expected to complete it. The new contractor — in the form of Rudolph & Sletten Inc., a veteran Silicon Valley builder — came as a surprise element. At this stage, it is unclear whether this signals troubles or is just a clever move for additional “construction horsepower.”

It’s unclear why Rudolph & Sletten is being brought in and exactly what DPR/Skanska’s involvement will be going forward. Two sources said the DPR-Skanska joint venture would still complete the core and shell — or the basic structure — of the circular building. It’s also possible that DPR and Skanska never intended to do more than the core and shell.

As you may have already guessed, Apple is silent on the matter, and the companies it has contracted are not allowed to speak about the project. What the Silicon Valley Business Journal suggests is that we can expect delays.

The fact is, there are challenges Apple needs to overcome with this construction project, and the possibility of exceeding the sky-high $5 billion cost estimate is there.

Yet again, these are early-stage rumours — it seems — considering that city officials haven’t heard a word from Apple about a delay, so everything could be on track for a 2016 completion date.