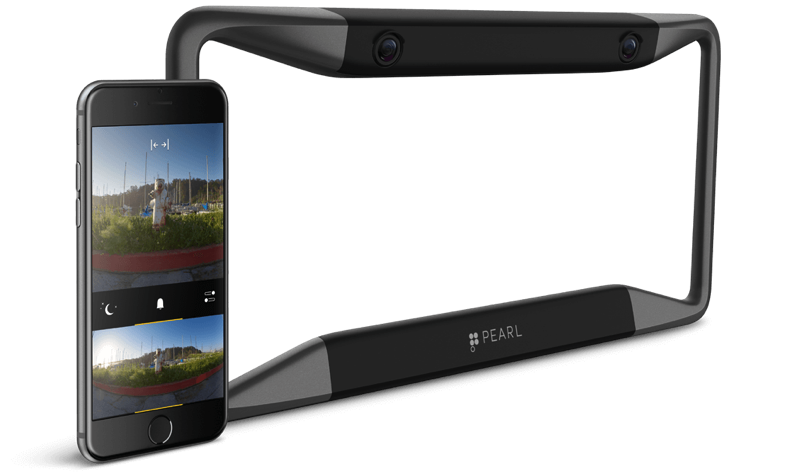 Three former Apple employees who previously helped lead the design and development of several generations of iPods and iPhones have formed a startup, Pearl, and they are out today with a product designed for the . . . car.

The Verge has taken a closer look at the product, which is called “RearVision” and was made with the help of about 70 employees, 50 of whom are former Apple employees. RearVision is a set of rearview cameras placed around the licence plate that sync with the smartphone.

What makes RearVision particularly interesting is the attention to detail Apple is known for. The product is neither revolutionary nor cheap, as it retails for $500, but it does have some attractive features, as detailed by The Verge. For example, it comes with a unibody frame made from a painted die cast aluminum alloy, and includes two cameras that provide a 180-degree field of view along the top. The cameras rely on a solar panel built into the frame, and one day of sun is enough to supply a week of power.

The brain is a unit that plugs into the car’s OBD port, which will allow you to live stream the rear view on the iPhone or Android phones. The startup promises to issue regular software updates through the app to make its product smarter over time, such as adding parking lines.

RearVision is available for pre-order today and will ship in September, but it is available in the US only. At this current time there is no speculation for Canada sales and shipping.