Apple Announces New APIs for Developers and More at WWDC 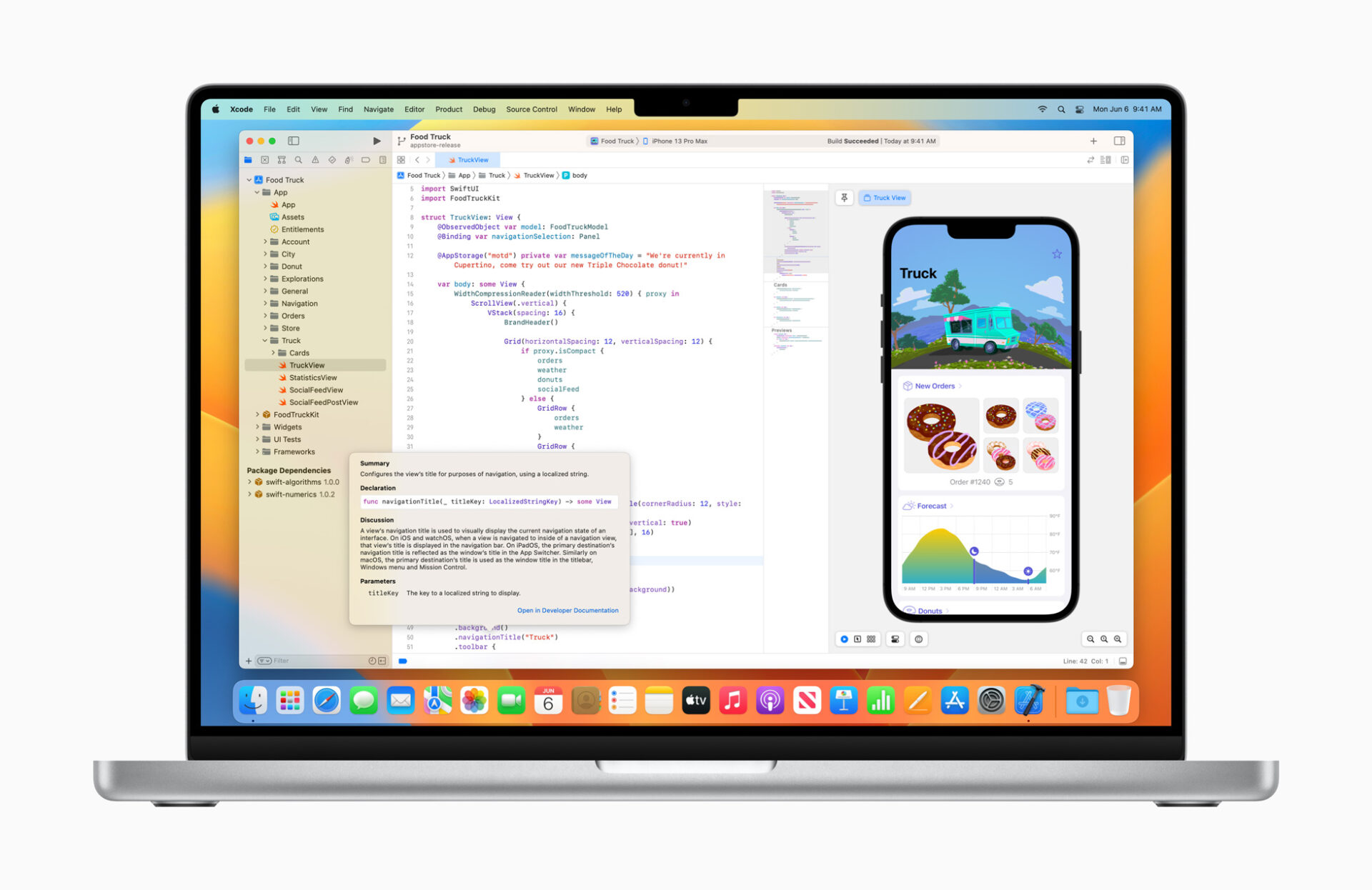 Alongside its upcoming software releases, the tech giant also announced the technologies and tools that will help developers create apps and content for them.

“We love collaborating with our developer community and providing them with new innovative technologies that enable them to build the next great generation of apps,” said Susan Prescott, Apple’s vice president of Worldwide Developer Relations.

“With powerful new APIs for widgets on the Lock Screen, new services like WeatherKit, the availability of Xcode Cloud to help every Apple developer build apps faster, and new gaming capabilities with Metal 3, developers have more tools than ever to create app experiences that their users will love.”

What’s more, Xcode 14 features a single SwiftUI interface for use across iOS, iPadOS, macOS, and tvOS. Developer code has also been made easier to manage and more customizable across each of the platforms.

Xcode Cloud makes it easier than ever for developers to work in teams, test app updates, and push new builds out to beta testers — all in the cloud. 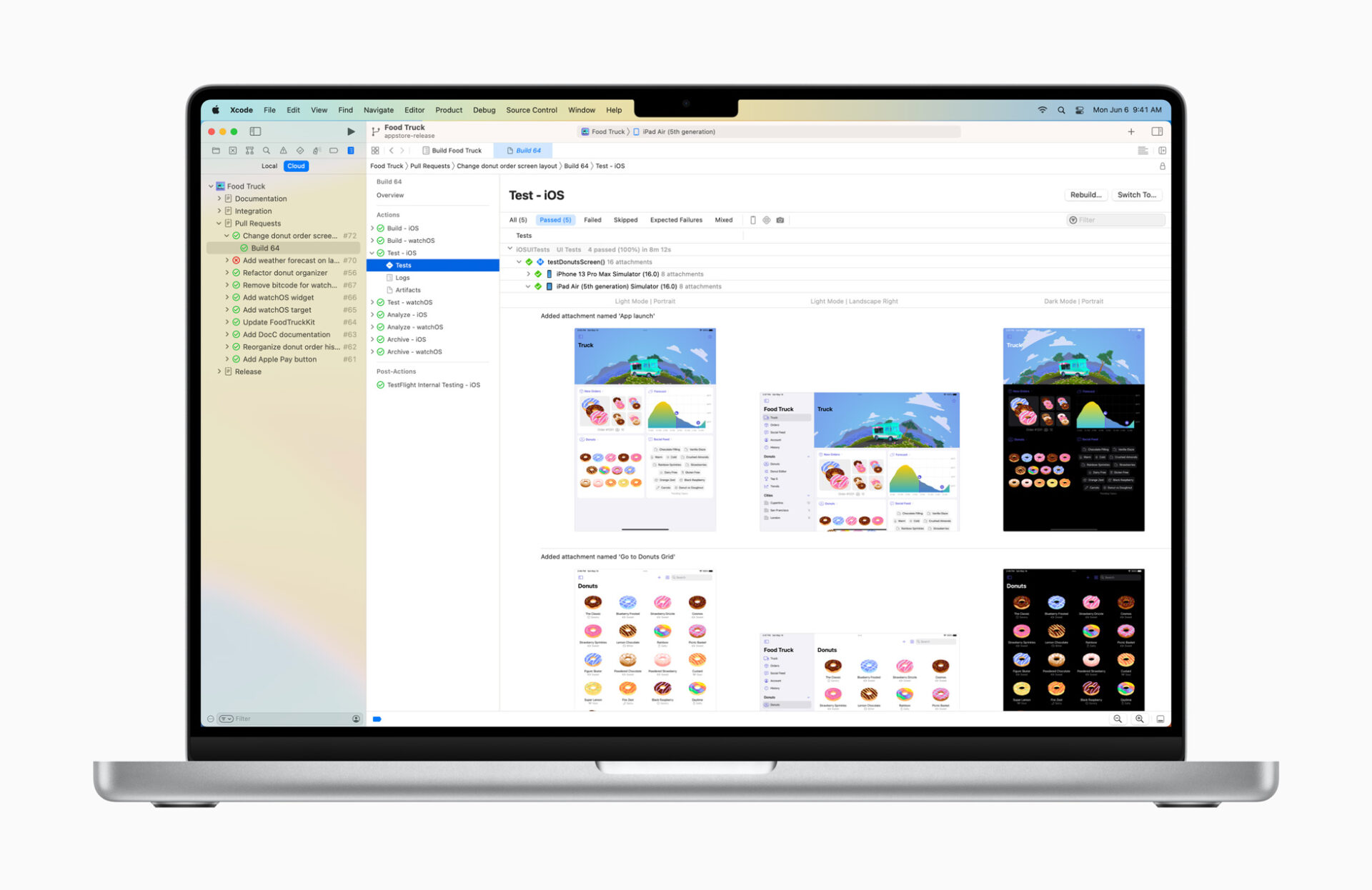 It is available now as a subscription service that tops out at 1,000 hours per month. All existing members of the Apple Developer Program will also get 25 hours per month free through December 2023.

Macs aren’t known for their gaming prowess. However, Metal 3, the latest iteration of the graphics engine for games on Apple’s platforms, seeks to change that by unlocking the full potential of Apple silicon.

Metal 3 brings a ton of new features, including MetalFX Upscaling to make rendering less resource-intensive and the Fast Resource Loading API that minimizes wait time by providing a more direct path from storage to the GPU. iPads powered by desktop-grade Apple silicon like M1 should see a major benefit as well.

Improvements for Swift and SwiftUI

Apple has made several enhancements to Swift and SwiftUI to streamline the development process. Swift will now let developers quickly check the correctness of their regular expressions and extract information with less code, and also make it easier for developers to run custom commands on their projects. 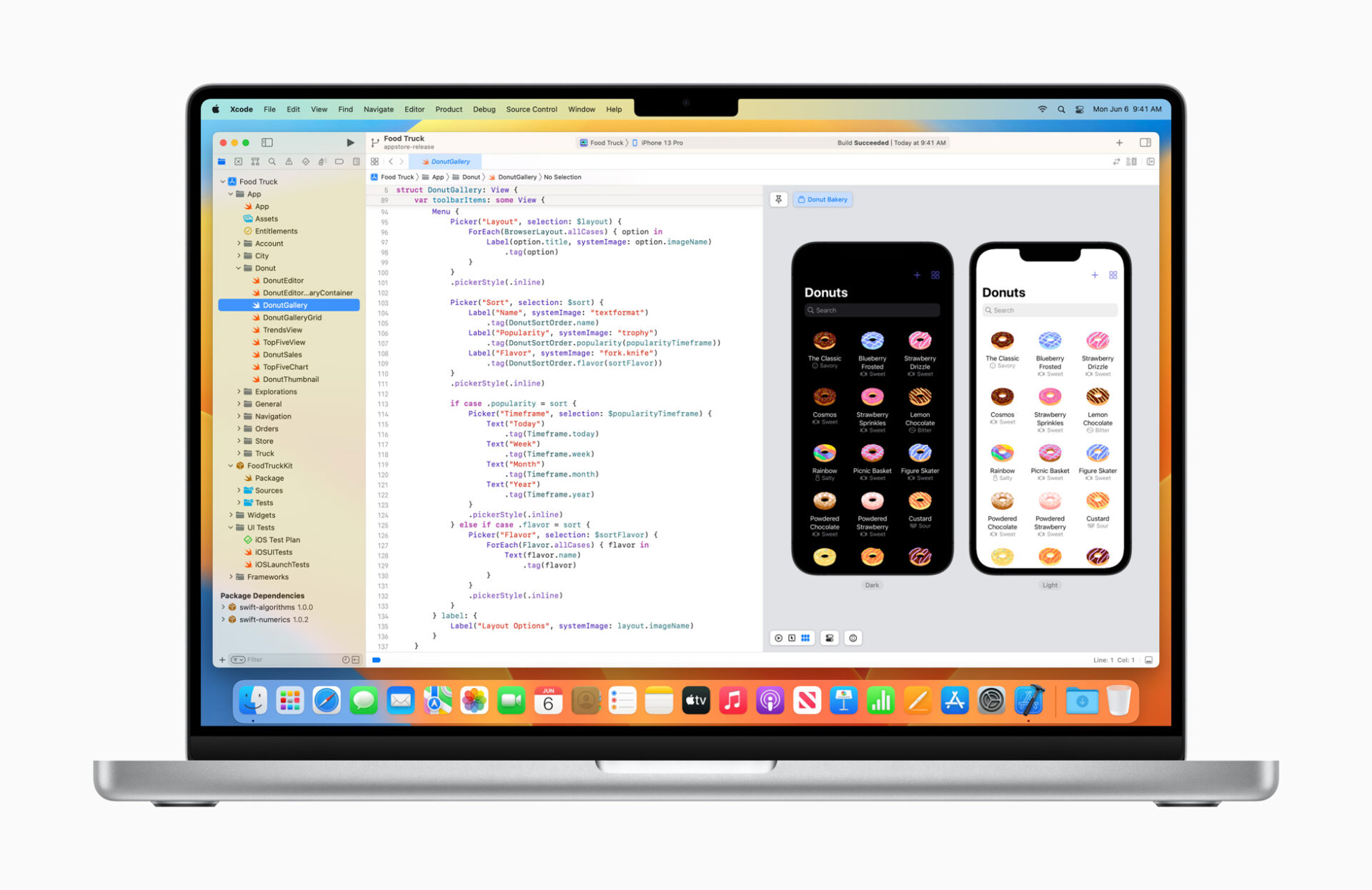 Swift UI, meanwhile, brings an enhanced navigation API to make it easier for developers to control how their app moves from view to view and Custom Layouts, which developers can use to create bespoke layouts that work best for their app designs.

WeatherKit will allow developers to integrate the weather forecast, 10-day hourly forecasts, daily forecasts, and historical weather from Apple Weather into their own apps.

Developers can get the tool through both native Swift and REST APIs, and Apple Developer Program members get 500,000 API calls per month with an option to purchase more coming in the fall.

Apple also announced several other new tools and APIs for developers to use, including: