Here are New Features Coming to the Mac in macOS Ventura 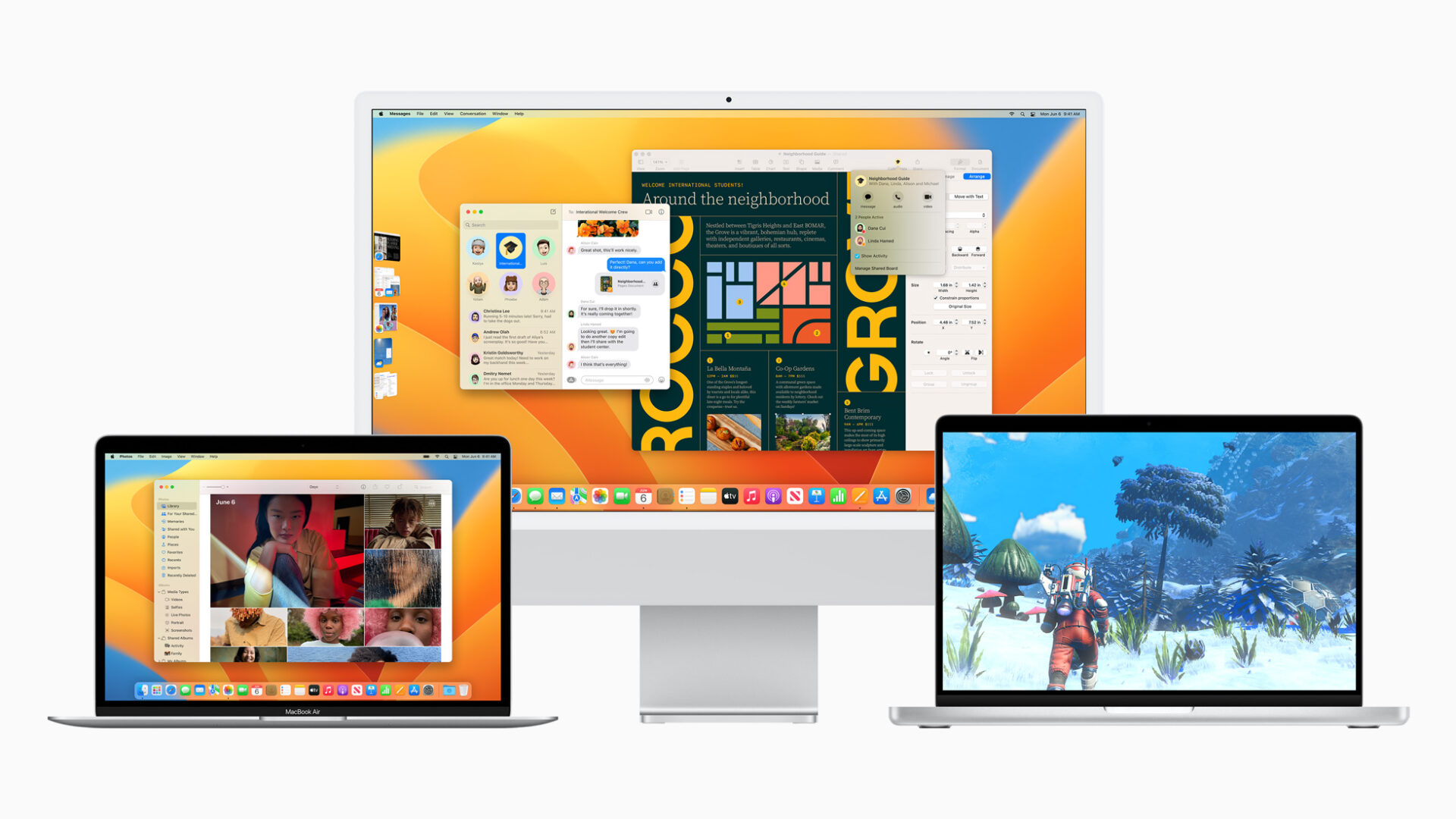 “With helpful new features in Messages, state-of-the-art search technologies in Mail, and an updated design for Spotlight, Ventura has so much to offer and enriches many of the ways customers use their Macs.”

Stage Manager facilitates unprecedented multitasking on the Mac, organizing open apps and windows so users can have what they’re working on front and center, and all of the other windows neatly tucked away on the left-hand side.

Mac users can group together windows they’re working on concurrently, and Stage Manager will remember their layout and positioning no matter how many times you send them away to the background and recall them. macOS Ventura will also let users get to their desktop with a single click.

Stage Manager will be coming to iPads powered by Apple’s M1 chip as well. 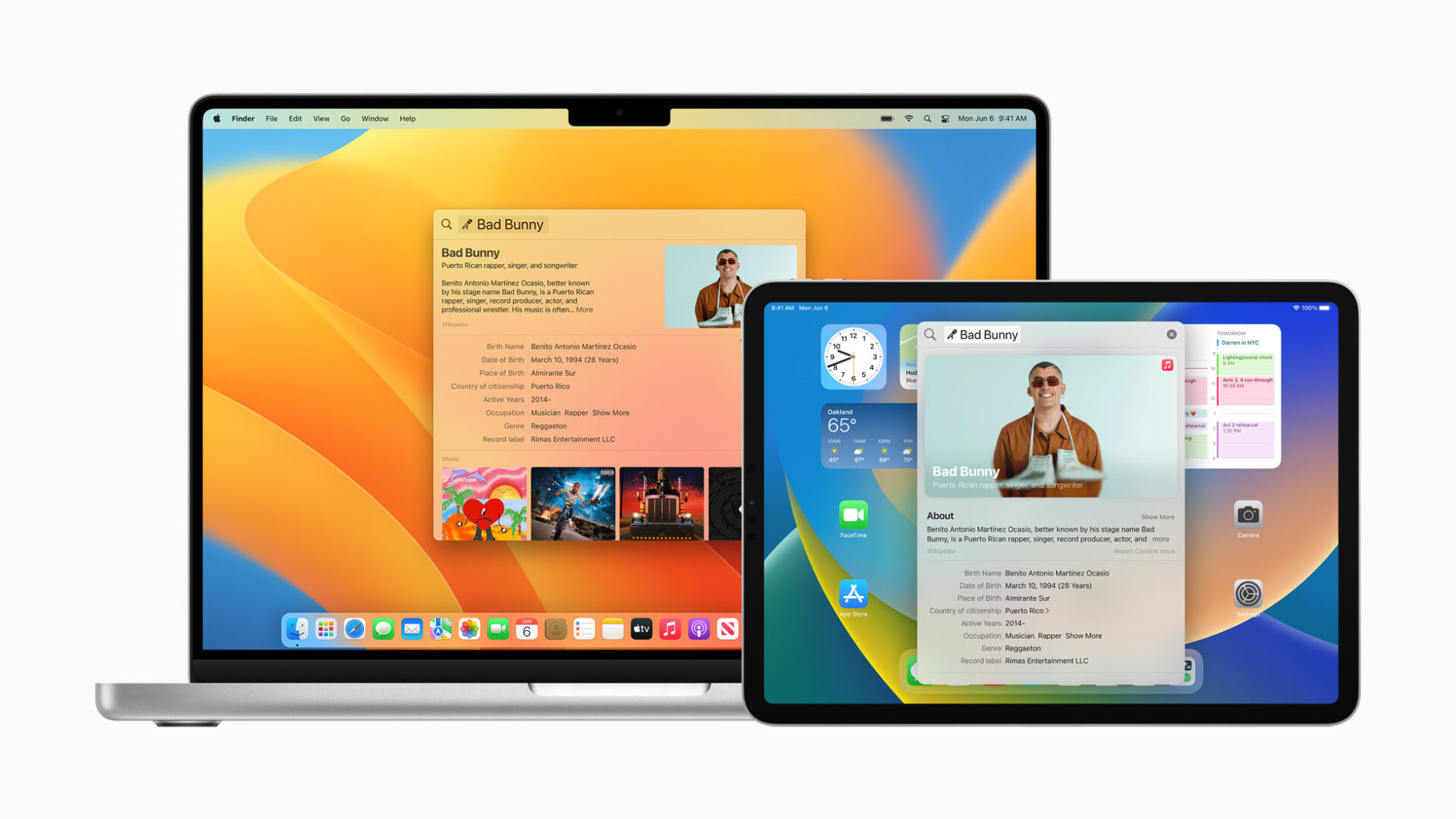 Users will now be able to take actions like starting a timer or running a shortcut directly from Spotlight. In addition, users can search for images in their photo library, across the system, and on the web and even sift through their photos by location, people, scenes, or objects.

The new Continuity Camera gives users the ability to use their iPhone as a webcam, unlocking features like Center Stage, Portrait mode, and the new Studio Light — an effect that beautifully illuminates a user’s face while dimming the background. 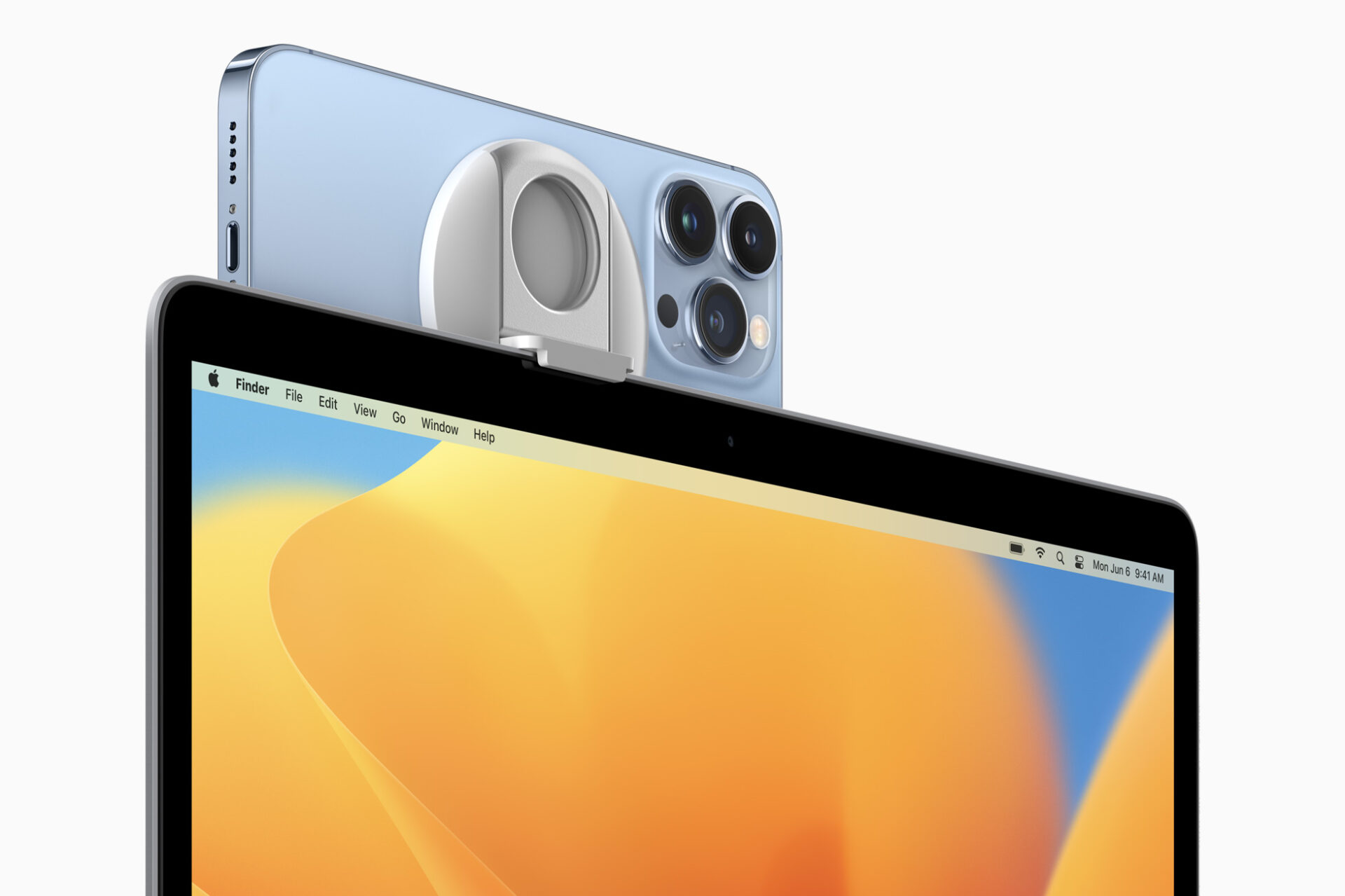 With macOS Ventura, your Mac will be able to automatically recognize and use the camera on your iPhone when it is nearby. What’s more, your iPhone can even connect to your Mac wirelessly. 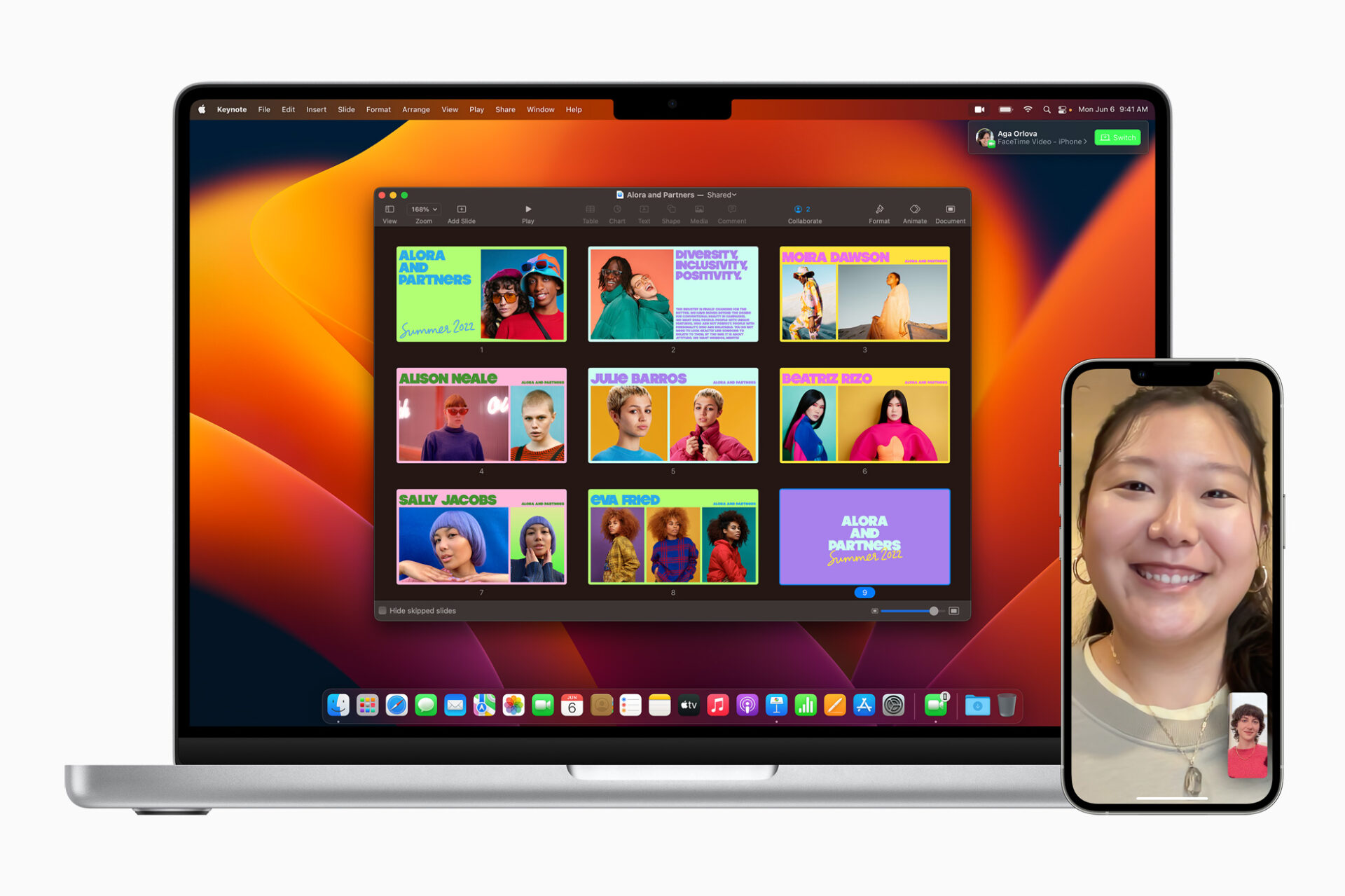 With Handoff now coming to FaceTime, users will also be able to seamlessly transfer FaceTime calls between Macs and other nearby Apple devices.

Updates to macOS Apps and Features

macOS Ventura focuses on improving collaboration and consistency across Macs. Safari makes it possible for users to browse together with shared Tab Groups — a feature that lets friends, family, and colleagues share their favourite sites in Safari and see what tabs others are looking at in real-time. Safari also gets improved security with encrypted passkeys. 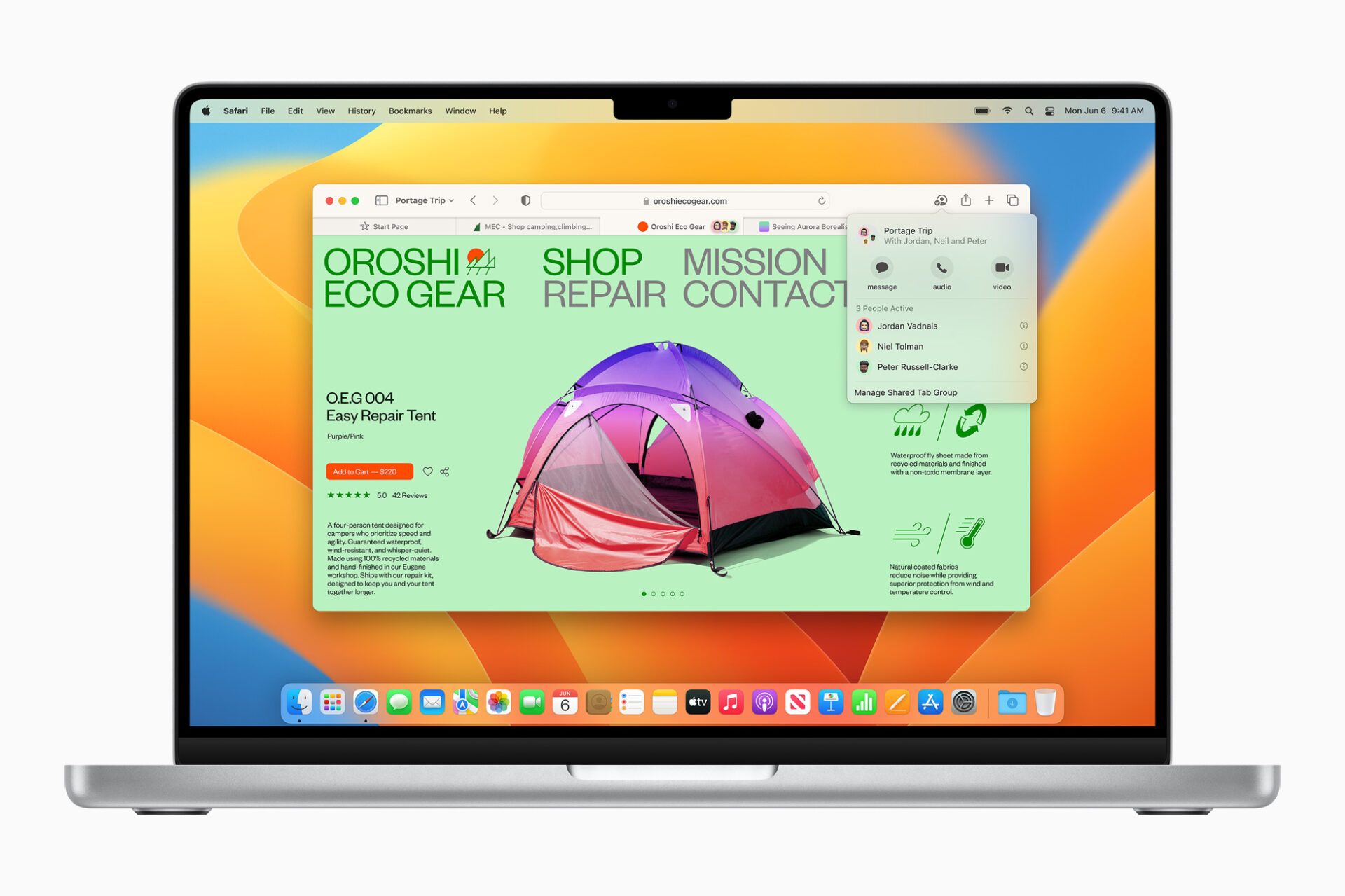 Messages on macOS Ventura echoes the new features Apple announced alongside iOS 16, which include the ability to edit or retract a recently sent message, mark a message as unread, or even recover accidentally deleted messages.

The Messages app will bring improved file sharing features and the ability to collaborate on files with other participants in a thread. Users will also be able to join SharePlay sessions from their Mac right in Messages.

Apple also revealed updates for gaming on Mac. Metal 3, the latest iteration of the graphics engine for games on Apple’s platforms, brings new features to unlock the full potential of Apple silicon.

In addition, No Man’s Sky from Hello Games will make its way to both Mac and iPad later this year.

macOS 13 will also bring several other new features to the Mac, including:

The developer beta for macOS Ventura becomes available today, with a public beta coming next month. macOS 13 will start rolling out to all supported Macs “this fall,” said Apple.