Apple has today announced a new SignTime service for people with disabilities, which will connect Apple Store and Apple Support customers with on-demand sign language interpreters. 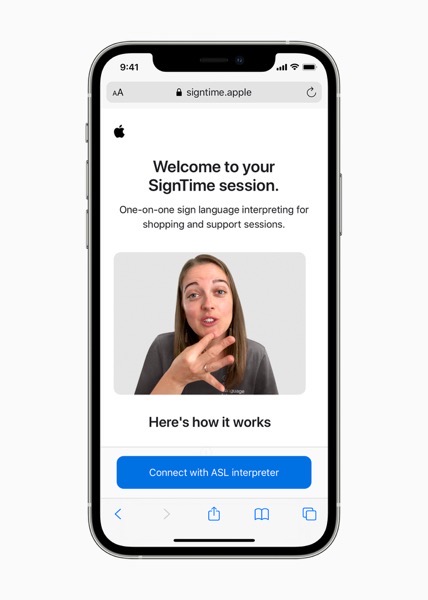 Customers visiting Apple Store locations can also use SignTime to remotely access a sign language interpreter without booking ahead of time.

“At Apple, we’ve long felt that the world’s best technology should respond to everyone’s needs, and our teams work relentlessly to build accessibility into everything we make,” said Sarah Herrlinger, Apple’s senior director of Global Accessibility Policy and Initiatives.

SignTime will initially launch in the US, UK, and France, with plans to expand to Canada and additional countries in the future.