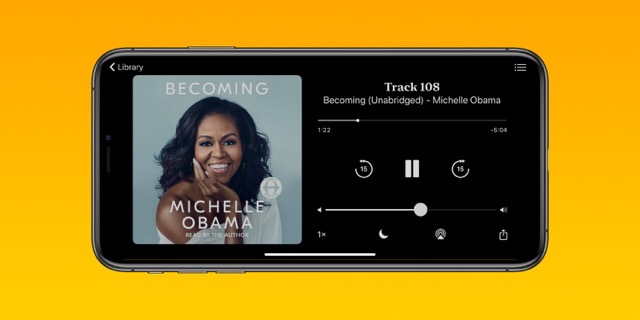 According to a report by The Economist on Apple’s efforts in competing with the likes of Netflix, Disney+, and Amazon Prime in the video streaming war, the iPhone maker may also launch an audiobooks service later this year (via 9to5Mac).

“In the past couple of years, Apple has made smaller media bets including Arcade, a subscription gaming package, News+, a publishing bundle, and Fitness+, which offers video aerobics classes. There is talk of an audiobooks service later this year.”

Although the source only briefly mentions the possibility of Apple launching an audiobooks service, this is the first time a major publication has backed up this new field. Bloomberg’s Mark Gurman has also recently highlighted that “we should get ready for more Apple services in 2022.”

“The next thing I believe Apple can do to grow services is to better integrate them. Right now, Apple One makes sense for consumers because of the discounts, but Apple’s individual offerings really don’t integrate with one another in the same way that an iPhone, Mac, and Apple Watch all play nicely,” Gurman wrote.