Apple’s enterprise iOS certificate allows companies to build apps and distribute them internally, which is helpful for testing beta versions. 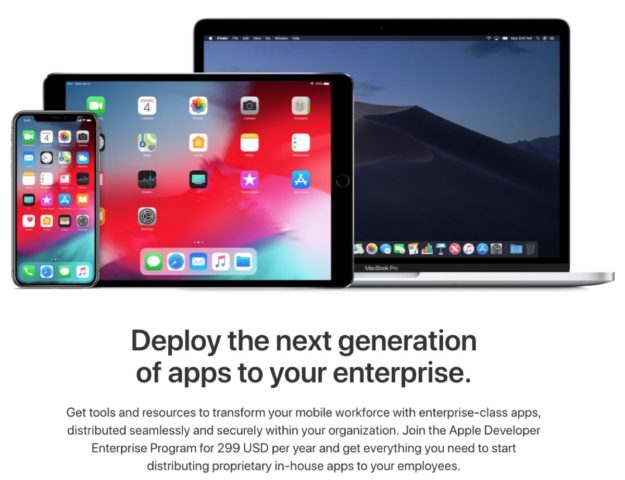 This enterprise certificate is meant to be for employee iOS devices only, but Facebook was caught the other day using this privilege to distribute an app to users outside the company, in what was a paid data-gathering scheme.

Apple eventually shut down Facebook’s enterprise iOS certificate in response, as the move by the social network violated the iPhone maker’s enterprise developer terms. By doing so, all internal Facebook beta apps stopped working, since the certificate is no longer available.

Google was found to be using the same method as Facebook yesterday, to distribute an app to people outside the company, another no-no. Despite pulling their data-gathering app and apologizing, Google has now received the same treatment from Apple, as the latter has revoked the search engine’s enterprise iOS certificate as well.

Now, according to The Verge, this move means internal iOS apps at Google, including beta versions of Gmail, Google Maps and more, have stopped working as a result:

Apple has now shut down Google’s ability to distribute its internal iOS apps, following a similar shutdown that was issued to Facebook earlier this week. A person familiar with the situation tells The Verge that early versions of Google Maps, Hangouts, Gmail, and other pre-release beta apps have stopped working today, alongside employee-only apps like a Gbus app for transportation and Google’s internal cafe app.

Apple has every right to remove access to enterprise iOS certificates when abuse is discovered. As for how this move will affect the release timeline of future iOS apps from Facebook and Google, that remains to be seen.