Vendors hoping to capitalize on Meta’s virtual world could be in for a rude awakening. 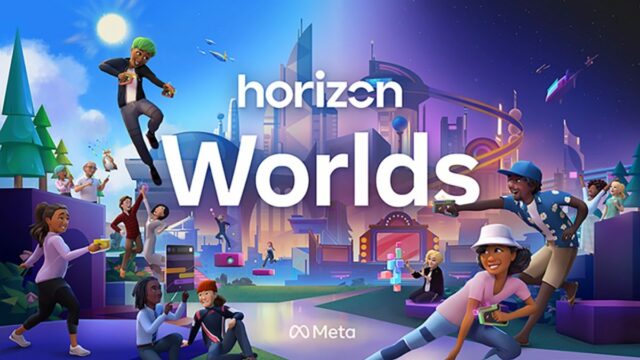 According to a new report from CNBC, the Facebook parent company will take a 47.5 percent cut of all digital asset sales on its Horizon Worlds platform. And that, not surprisingly, is enraging some potential sellers.

The company’s fee structure will include a hardware platform fee of 30 percent for sales made through the Meta Quest Store and an additional 17.5 percent fee for Horizon Worlds.

That’s more than Apple’s oft-criticized 30 percent App Store fee, and much larger than what NFT traders are accustomed to. In the NFT space, marketplace OpenSea takes a 2.5 percent cut of each transaction, and creators typically take between 2.5 and 7.5 percent.

To clarify, the items Meta is selling aren’t nonfungible tokens. They’re more similar to the skins and animations that you could currently buy in games like Fortnite.

But the metaverse Meta is building is competing with crypto-native metaverses like Sandbox and Decentraland, where in-world items are owned as NFTs.

Meta revealed details about its metaverse monetization plans and people started reading the fine print. Meta CEO Mark Zuckerberg said in a Monday video that the company was testing out ways to monetize the metaverse, but omitted the crucial details.

With the large fee, Meta is instead signaling to the world that it expects market dominance: Company leadership is betting that most people will want to — or be pressured to — buy and sell their digital goods through their platform, alone.

Just like Apple and Android can charge a high, 30 percent fee of purchases made on their app stores, Meta thinks it can do the same with digital goods.

Apple called out Meta for its “hypocrisy” on Thursday, in a statement to Marketwatch.

“Meta has repeatedly taken aim at Apple for charging developers a 30% commission for in-app purchases in the App Store — and have used small businesses and creators as a scapegoat at every turn,” said Apple spokesman Fred Sainz.

“Now — Meta seeks to charge those same creators significantly more than any other platform. [Meta’s] announcement lays bare Meta’s hypocrisy. It goes to show that while they seek to use Apple’s platform for free, they happily take from the creators and small businesses that use their own,” said Sainz.

Meta said it will begin testing Horizon Worlds‘ monetization tools with a “handful” of creators, but confirmed the ability to buy and sell virtual products is part of its “long term vision for the metaverse.”