Today marks the launch of the book Creative Selection, written by the Apple software engineer who created autocorrect for the iPhone, Ken Kocienda.

His new book, with its title Creative Selection: Inside Apple’s Design Process During the Golden Age of Steve Jobs, provides a look into how Apple created its products such as iPhone, iPad and the Safari web browser. 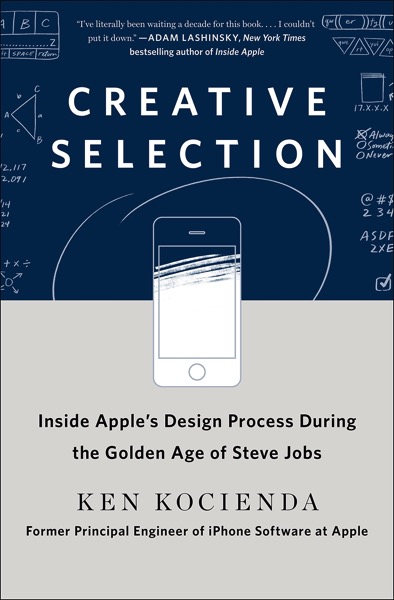 Kocienda wrote an opinion piece in Wired today, to drum up buzz about the launch of his book. Here’s a snippet of what he had to say about autocorrect:

When I started working with a small team of engineers and designers at Apple in late 2005 to create a touchscreen operating system for Purple—the codename of the super-secret skunk works project that became the iPhone—we didn’t know if typing on a small, touch-sensitive sheet of glass was technologically feasible or a fool’s errand. In those early days of work on Purple, the keyboard was a daunting prospect, and we referred to it, often quite nervously, as a science project. It wasn’t easy to figure out how software might come to our rescue and how much our algorithms should be allowed to make suggestions or intervene to fix typing mistakes. I wrote the code for iPhone autocorrection based on an analysis of the words we type most commonly, the frequency of words relative to others, and the errors we’re most likely to make on a touchscreen keyboard.

The book itself is praised by Scott Forstall, the former Apple executive who was the original iPhone software team leader and Senior Vice President of iOS, who says Kocienda “played pivotal roles” in the creation of the iPhone and Safari. Forstall says he put the “formidable responsibility” of creating a multi-touch keyboard in Kocienda’s hands, and the book offers a look into his “experiences and insights from the trenches.”

Tapping touchscreens is so familiar these days. Yet, in the early days of creating the software for the original iPhone, those of us on the development team felt apprehension as our fingers approached the display, since our fingertips covered up the touch targets. pic.twitter.com/9SA7GFk2pN

Creative Selection sounds like it will be an interesting read for any Apple fan. It’s getting lots of praise across the web from traditional media outlets who follow Apple.

Click here to buy Creative Selection on Amazon.ca–it starts at $15.99 CAD for the Kindle Edition.