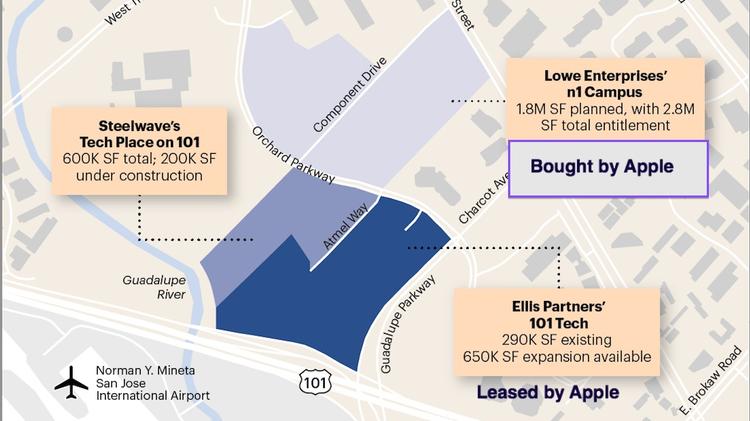 The so-called “n1 Campus,” marketed by Lowe Enterprises, was acquired by Apple just last week and follows an earlier deal in which the company agreed to lease about 300,000 square feet of office space in San Jose.

As the Silicon Valley Business Journal emphasizes, the recently acquired land offers endless possibilities: it is approved for up to 2.8 million square feet of office space — if this sounds familiar, it’s because the Apple Campus 2 measures at about the same size — while its previous owner marketed plans for a 1.8 million-square-foot campus setting.

Now that Apple owns the land, it has the freedom to do whatever it wants with it. Nathan Donato-Weinstein, writing for the Business Journal, speculates that this transaction could act as a major incentive for other investments in San Jose.

Samsung Canada has just announced the LCD Glass Panel Replacement Program, a new repair service that serves as a more environmentally conscious option for replacing LCD screens on select Samsung devices. Through the new program, customers will receive high-quality repair service that will replace a damaged LCD glass on their smartphone instead of having to...
Usman Qureshi
12 mins ago

Facebook has today announced some new ways to customize what you see in your Feed, including an option to select 'Show more' or 'Show less' on a post to see more of what you want and less of what you don’t. Along with updates from your friends, Groups, and Pages, Facebook recommends posts from creators...
Usman Qureshi
29 mins ago