This month’s drone flyover video of the Apple Campus 2 filmed & edited by Matthew Roberts, has revealed that the Cupertino tech giant has made a lot of progress on the construction of its massive, $5 billion “spaceship” headquarters, which will house more than 13,000 employees over 18 acres, and will also include a massive fitness center as well as an underground auditorium. 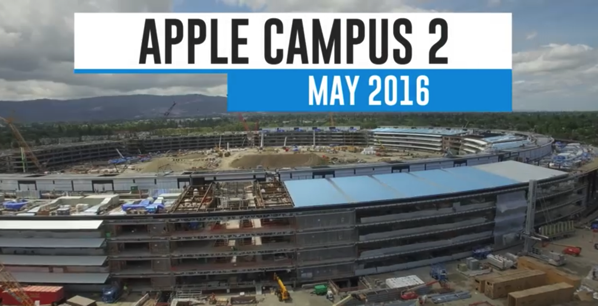 As we can notice in the latest drone video footage in full HD (via TechInsider), the final section of the circular spaceship building is being framed, which means that more-than-1-mile-long ring that will be the exterior of the spaceship is almost complete. Also, a maze of tunnels is being laid down throughout the campus. The underground auditorium also appears to have been completed.

Check out the video embedded below:

Last month, Amazon Canada and Affirm announced monthly payments would be launching and this week they went live. On eligible items, you can now see mention of how much you can pay for the item over a period of months with Affirm, noted underneath pricing. You can see the Affirm line on the Apple Watch […]
Gary Ng
33 mins ago