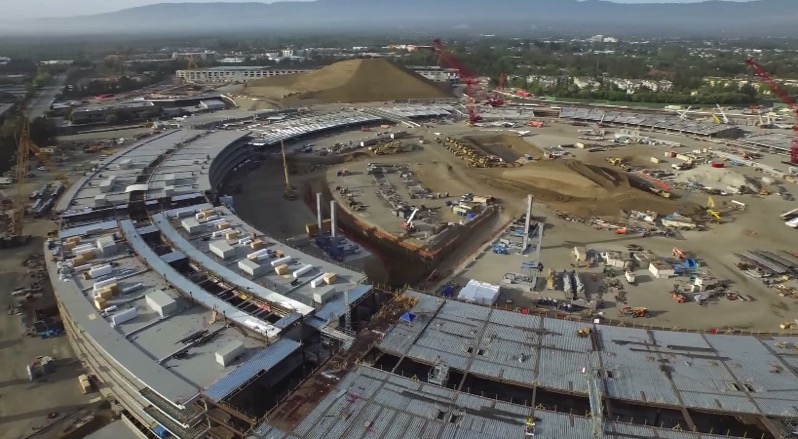 Check out the latest update below, which shows the completed underground parking garages and more. MyithZ explains he has much more footage and may upload part two later on:

CNET’s Brian Tong interviewed MyithZ about how he got started with filming the construction site and also shows off his drone collection—check it out below:

MyithZ explains to Tong Apple claims to own the space 83 feet above ground on the site, and has been warned by the company he cannot fly within that space. So he ensures his drones fly above the 83 foot ceiling, plus below 400 feet, which is the limit regulated by the FAA.

He also says he tries to avoid past construction fences into the actual construction area, as he would not want his drone to fall on security guards, which are on site around the clock (despite having liability insurance in the case of accidents). All his flights are within line of sight and he says he flies about 1000 feet away at maximum.