Didn’t get your unlocked iPhone 6 from Apple? If you don’t want to wait in line and missed out on the original Reserve and Pick Up window during last week’s pre-order chaos, Apple’s website has started up the service once again.

According to the reservation page, earlier tonight it told customers:

“Please come back tomorrow to reserve your iPhone.

iPhone reservations are available between midnight and 8:00 p.m. Please come back then to make a reservation for same-day pickup.” 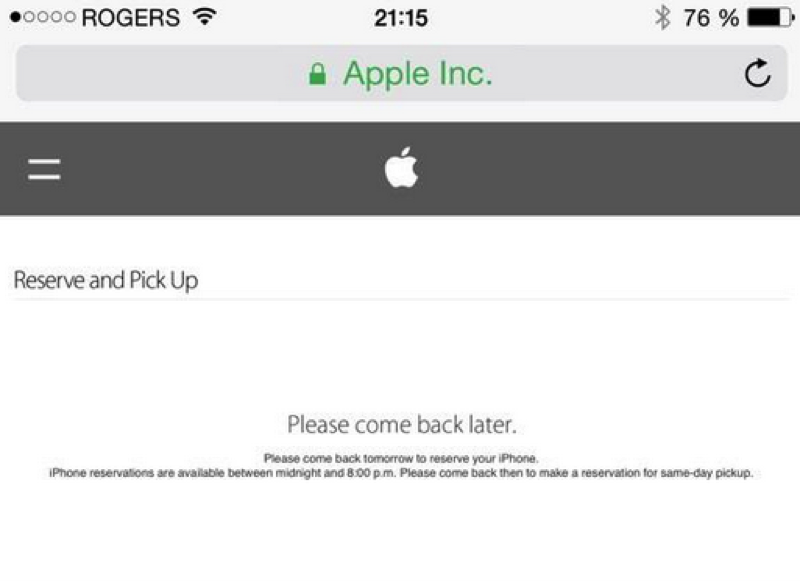 As of writing, iPhone 6 Plus models, which were hard to find and sold out nationwide, are available again at select locations, such as the Rideau Apple Store below in Ottawa, which shows available for all configurations in Space Grey and 16GB in silver: 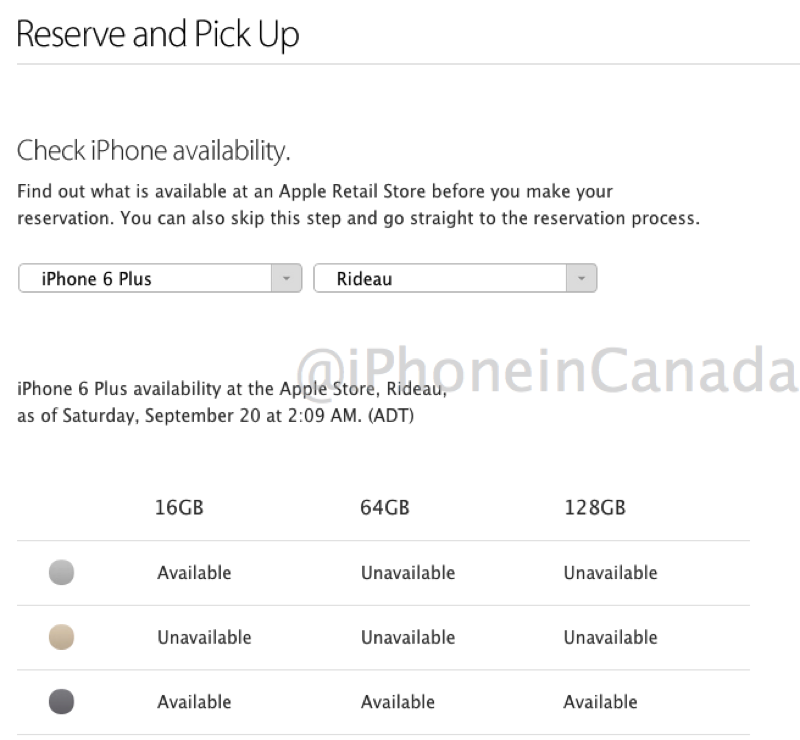 As for Apple Store locations on the west coast, they appear greyed out, which means they might become available at midnight local time. 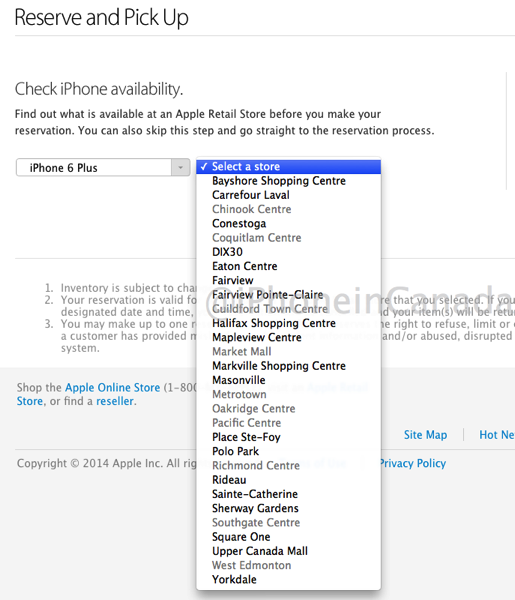 You can visit the Reserve and Pick Up page here. Most people who used this method to purchase their iPhone 6 did not have to wait in line for very long, unlike others that camped out for days.

Let us know if you’re successful!