Apple announced the next generation of CarPlay during the Worldwide Developer Conference (WWDC) keynote earlier today.

CarPlay is available on 98% of new vehicles in the U.S., Apple said during the announcement. What’s more, 79% of car buyers said they wouldn’t consider purchasing a vehicle that didn’t support CarPlay.

A CarPlay update with deeper hardware integration and expanded functionality has been rumoured since last year.

Apple’s upcoming version of CarPlay will include a complete design and user interface overhaul, and also bring new features like widgets for access to at-a-glance information like weather and music right on your car’s dashboard.

The next evolution of Apple CarPlay takes it from a feature that can be used to sync your iPhone to your car’s media system to essentially a complete infotainment system for vehicles.

CarPlay will be able to hook straight into a car’s real-time systems to securely access and display the speed, fuel level, temperature, and other information on the instrument cluster. Users will also be able to personalize their dashboard with different, customizable gauge cluster designs. 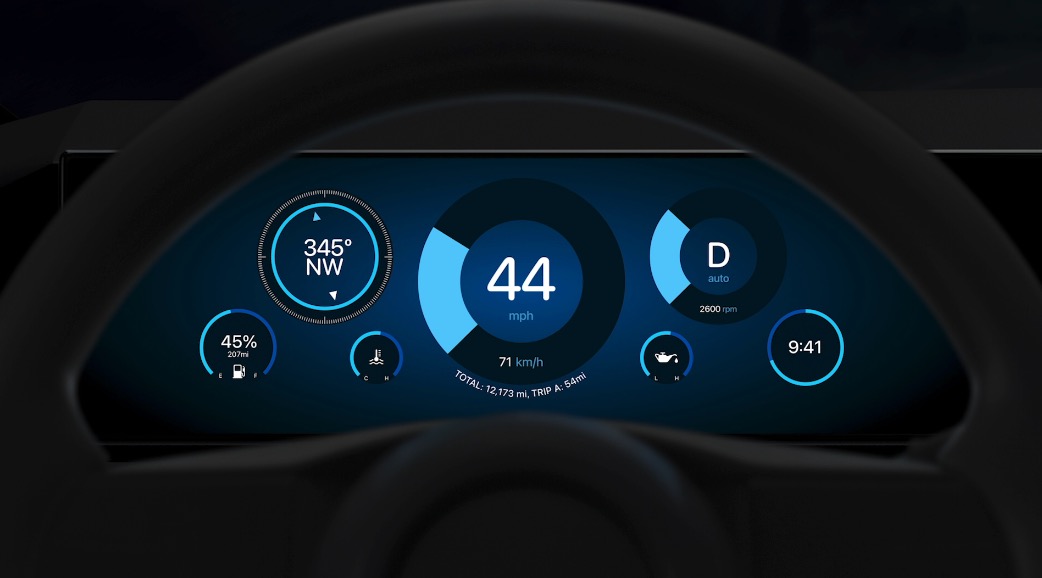 Furthermore, CarPlay’s deeper integration into a car’s systems will allow users to do things like adjusting the climate or controlling the radio directly through the interface, without ever leaving CarPlay.

CarPlay is designed to provide content for multiple screens within a vehicle. It will feel natural regardless of what car you drive, thanks to its ability to adapt to your car’s selection and layout of screens.

“More information about the next generation of CarPlay will be shared in the future, and vehicles will start to be announced late next year,” said Apple.

Apple has partnered with several automakers to bring the next iteration of CarPlay to the next generation of smart cars.